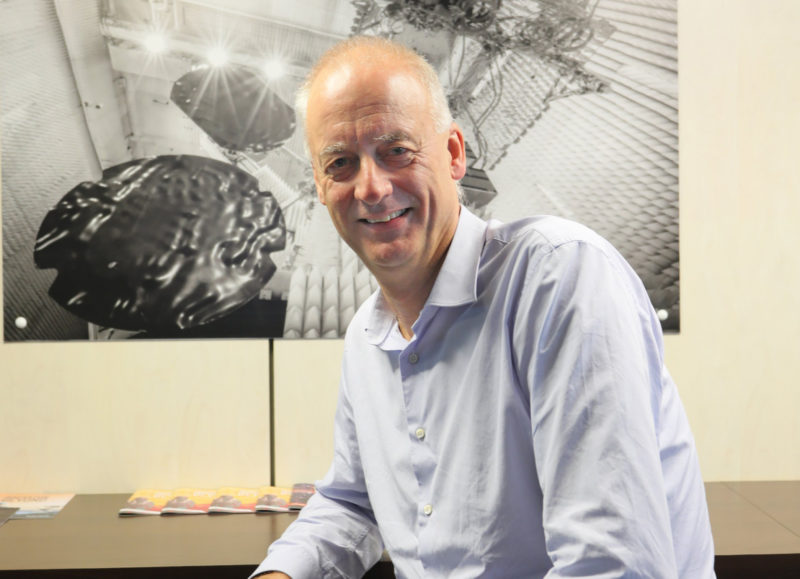 According to the star-gazing horoscope aficionados, Leo is action-oriented, loves to be in the limelight and has a distinct strength, able to earn “king of the jungle” status. Applied to Low Earth Orbit (LEO) satellites, there are some similarities. There certainly is a lot of activity in LEO, and with it being such a buzz word, it’s hard to not hear people within the industry talking about LEO. But is it destined to be the king of the stars? It seems we’ll soon be finding out but for now, it certainly has some of the industry’s big hitters getting involved.

One example is Thales Alenia Space and SSL, owned by Maxar Technologies, which joined forces to form a consortium that snagged a contract from Canadian satellite operator Telesat for a system design and risk management phase for the planned LEO communications satellite constellation. Getting involved with LEO shouldn’t be too surprising, said Thales Alenia’s Executive Vice President (EVP) Martin Van Schaik. But this is not because of waning Geostationary Earth Orbit (GEO) orders.

“It’s because Thales Alenia Space has always said that there was a place in the market for constellations alongside GEO satellites, because the two are highly complementary,” said Van Schaik, adding that others have also gone in a similar dual-orbit way.

“This is especially the case with SES, for example, which is continuing to invest in GEO satellites while also operating the complementary O3b system, built by Thales Alenia Space.”

In addition to O3b’s Medium Earth Orbit (MEO) satellite system, the company also developed Iridium Next, a LEO constellation, which is soon to be fully deployed with a final launch scheduled for the end of this year. At the same time, Thales Alenia Space has conducted a feasibility study for LeoSat and is the industrial partner for this constellation. The company is using the expertise gained from these “conventional but complex and high-performance” constellations in order to support the Telesat project, explained Van Schaik.

“But we are also well positioned to address demand for lower cost constellations and for all types of applications including the Internet of Things (IOT), Earth observation with high revisit rates, and space situational awareness. Our new line of space components has been conceived for both GEO systems and LEO constellations. We offer unrivaled expertise ourselves, but we’re also used to working in industrial partnerships to come up with the best solutions for our customers,” he said.

GEO Orders and a Changing Market

While Thales Alenia Space has long seen LEO as complementary, there is a dearth of GEO satellite orders. So far this year, only seven GEO satellites have been booked. The company estimates that 2018 will end with around 10 contracts, and that operators will continue to be cautious while the market slowly increases. As the situation gradually improves — yet returning nowhere near to the record levels of 30 to 35 satellites per year — the change in customer requirements will become even more apparent. A more realistic forecast in GEO satellite manufacturing demand is between 15 and 20 satellites a year, noted Van Schaik.

“Operators needs change, and major players such as SES and Eutelsat have been buying large satellites, as we have seen with SES 17 and Konnect Very High Throughput Satellite (VHTS), because they offer the advantage of low cost per gigabit. However, large satellites also have drawbacks such as longer lead time and higher investment. Today, we feel that requirements also tend towards intermediate solutions, with smaller, lower capacity satellites — 100 or 200 Gbit — that are totally flexible, digital, and programmable before and after the launch. These standardized software-defined satellites will allow us to cover applications from TV to connectivity services, and can evolve from broadcast to High Throughput Satellites (HTS),” explained Van Schaik.

Some of the changes that customers want include more flexibility, in-flight reconfiguration, complementary solutions, innovation, and end-to-end system performance.

“Since it’s very difficult to specify technically, the customers are changing the way they work, following a most systematically applied co-engineering phase. This leads to a gradual disappearance of conventional requests for proposals with a formal detailed specifications process,” noted Van Schaik.

The market continues to change and demand is diverse with calls for large VHTS constellations, and specific regional requirements, as is in the case with Stratobus, the stratospheric airship that combines the best of being a drone and a satellite. The company also sees new applications which will generate new opportunities such as in in-orbit services, space surveillance, connectivity, geolocation, and IOT.

“The market is increasingly competitive, but not only in terms of prices. It’s important for us to be able to offer tomorrow’s technologies today, and customers have transitioned from demanding ‘flight-proven’ to accepting technologies that have yet to fly. The industry has to master perfectly its operations, maintain a high level of Research and Development (R&D) and innovation, upgrade processes and procedures, automate, and digitize.”

Getting all this right, companies will secure their survival in this competitive and ever-evolving landscape.