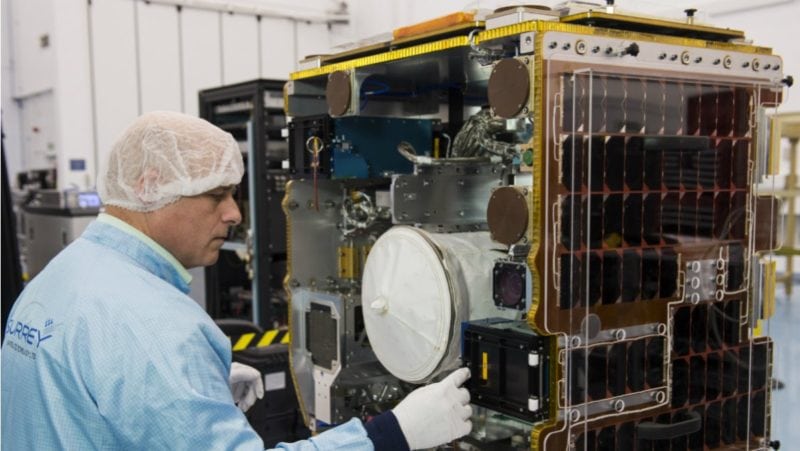 Space engineers have teased images taken in-orbit by the RemoveDebris satellite, marking another successful Active Debris Removal test by the international project. RemoveDebris carried out a test of its onboard vision-based navigation (VBN) system on Oct 28. The test saw the RemoveDebris spacecraft release a target cubesat, and then take images of the descending object and its surroundings using its flash LiDAR and color camera – providing information vital for measuring distance, direction, and speed of space debris.

A Global Positioning System (GPS) payload onboard the target cubesat is going to be used in the coming days to verify the data from the VBN system. The target cubesat will soon enter the Earth’s atmosphere where it will burn up.

The RemoveDebris mission was deployed from the International Space Station (ISS), and carried out its first net capture test in Sept. 2018. RemoveDebris was designed, built, and manufactured by a consortium space companies and research institutions led by the Surrey Space Center at the University of Surrey. The spacecraft is operated in orbit by engineers at Surrey Satellite Technology in Guildford, U.K. The project is co-funded by the European Commission.