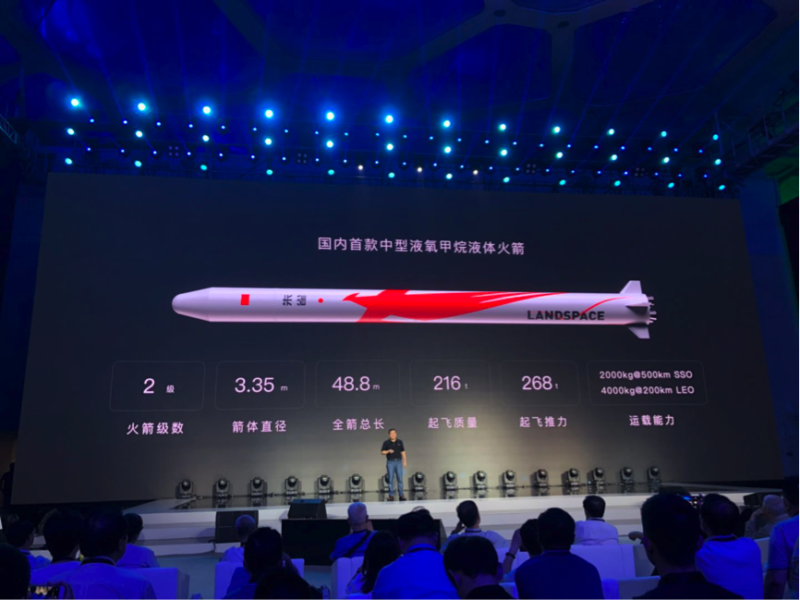 While containing a number of updates on strategy, range of rockets, and company value proposition, the most significant component of this event was the sheer size and ambitions of the company’s announced rocket. The ZQ-2 is much larger than anything China’s slew of private launch companies have unveiled to date.

A speech delivered by LandSpace Chief Executive Officer and Founder Zhang Changwu outlined the development and production process of the ZQ-2 rocket, a medium-sized rocket expected to take flight in 2020. During his speech, Changwu noted that the company had focused its efforts on developing a liquid methane engine and carrier rocket system, while also noting that the company’s spirit of innovation comes from both the desire to create new technology and spur the development of the Chinese aerospace industry.

Changwu’s speech also provided updates on LandSpace’s Research and Development (R&D) and production capabilities, with Zhang noting that the company had recently completed its 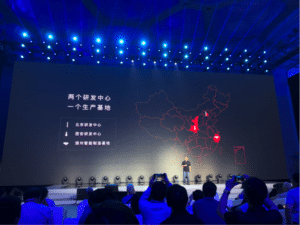 rocket manufacturing facility in Huzhou, outside of Shanghai, China. This comes following the company’s opening of R&D centers in Beijing and Xi’an. The company’s stated capacity for the Huzhou production facility is 30 launch vehicles and 200 engines per year, by the early 2020s. 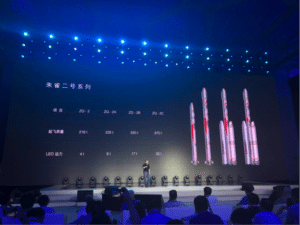 Yonglai noted that LandSpace ZQ-2 will be focusing on high efficiency and high cost performance, which LandSpace sees as the main concerns of the current aerospace market. Taking the launch market as an example, it usually takes more than 20 days and more than 200 staff for a traditional liquid rocket to finish transporting, constructing, and undergoing a a range test. The ZQ-2 rocket will be able to shorten this process to 7 days with a maximum of 20 staff by using a series of new technologies including automatic loading, unmanned horizontal rocket transportation, hold-down and release system, and control system automated testing.

Three types of carrier rockets will be developed based on LandSpace ZQ-2, with the largest being the ZQ-2C, which is comparable to the Falcon-9 or Long March-5.

LandSpace Senior R&D Engineer Yuan Yu gave an introduction to the company’s 80-ton liquid oxygen methane rocket engine. Yu stated that qualities of methane relative to other fuels include low cost, high degree of purity, and highly specific impulse performance. It is also easy to acquire and does not need cleaning after trial, leading Yu to believe that methane is the optimal fuel for LandSpace. The company is planning a three to four year development timeline for the 80-ton engine.

“This year marks the third year since LandSpace’s foundation, and we have now finalized the design of the 80-ton engine,” Yu concluded. “Next year, which marks the fourth year of LandSpace ‘s existence, we are going to have our own engine which will reach parity with Merlin-1D (the engine on SpaceX’s Falcon 9).”

Overall, LandSpace’s event was a coming out party of sorts for the ambitions of China’s New Space companies. The ZQ-2 rocket is significantly larger than anything proposed by OneSpace, ISpace, or LinkSpace, and is even larger than most of ExPace’s range of rockets. In retrospect, the event may be seen as a major turning point for Chinese launchers, and the private Chinese space industry as a whole. 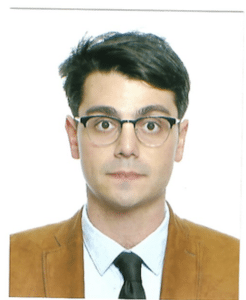 Blaine Curcio is the founder of Orbital Gateway Consulting (OGC), a boutique consultancy covering the commercial space and satellite telecommunications industries. Blaine spent over 5 years with industry consultancy NSR, where he covered fixed satellite services (FSS) markets from both a market research and financial perspective. Prior to his time at NSR, Blaine worked with SES’s Strategy and Market Intelligence team in The Hague. Blaine is based in Hong Kong, and speaks English and Mandarin.