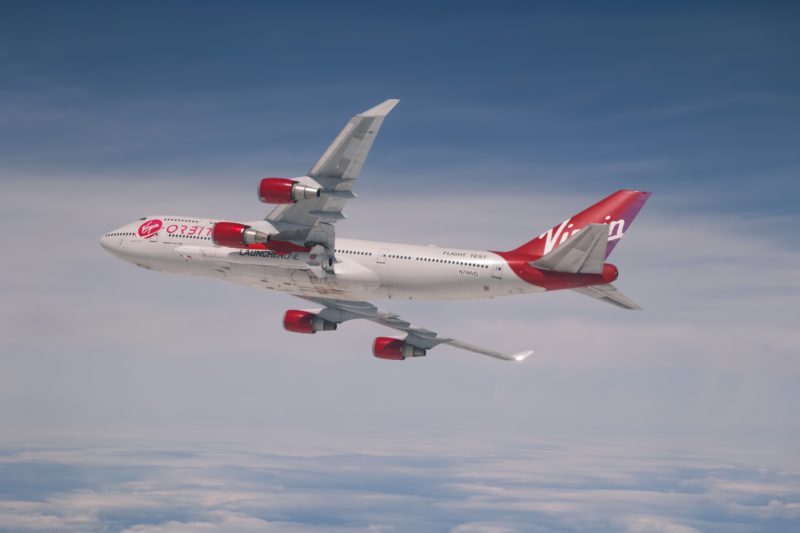 Virgin Orbit and Astroscale announced a new MoU to collaborate on satellite servicing, that could include work together on launches, policy, and a potential joint offering. The two companies have agreed to cooperate on a series of space initiatives for sustainability and on-orbit servicing.

According to Wednesday’s announcement, Astroscale could launch as many as 10 future missions on Virgin Orbit’s LauncherOne vehicle. It also includes a partnership to study the business potential of a joint “global responsive satellite servicing capability,” in which Astroscale payloads would be pre-encapsulated and stored at Virgin Orbit spaceports. The two companies are also discussing a future mission concept in which Astroscale would utilize its robotic arms payload and/or docking plate on the LauncherOne system.

“The space industry is on the cusp of a new era, with flexible and responsive launch and satellite servicing an emerging reality,” Okada said. “This partnership with Virgin Orbit will bring value to these rapidly developing sectors, not just for technology development, but for business and regulatory innovations as well. Virgin Orbit is a like-minded company that is revolutionizing the way we launch and access space while maintaining a commitment to space sustainability.”

The MoU strengthens Virgin Orbit’s ties to the United Kingdom and Japan, as Astroscale operates in both countries. Recently, the owner of Japan’s largest airline, All Nippon Airways (ANA), signed a deal to procure 20 flights of the LauncherOne rocket. Virgin Orbit plans for launch sites in Oita, Japan, and Spaceport Cornwall in the United Kingdom.