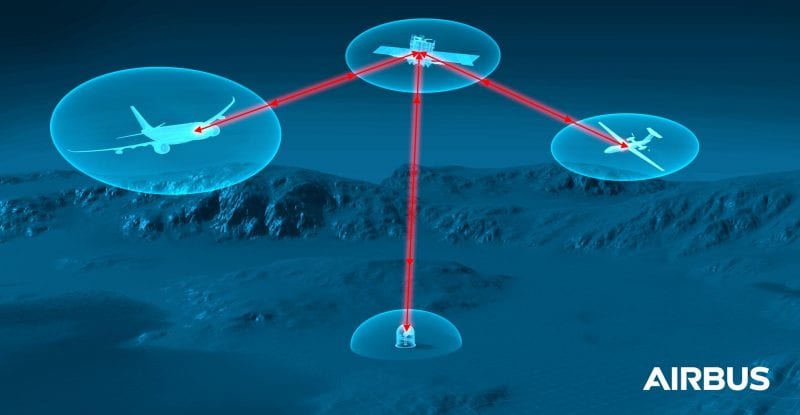 Airbus Defence and Space and the Netherlands Organization for Applied Scientific Research (TNO) are developing a new prototype satellite laser communication terminal for the European Space Agency (ESA). The terminal, named UltraAir, will be designed to improve connectivity between aircraft and satellites in Geostationary Orbit (GEO).

Initial test demonstrations are scheduled to take place at the end of 2021.

The UltraAir terminal will allow military and commercial aircraft users to connect with either a combat cloud network or Airbus’ high-speed SpaceDataHighway constellation for commercial applications. The partners said the prototype will demonstrate how laser connectivity can achieve data transmission rates between aircraft and GEO satellites of up to several gigabits-per-second, while providing anti-jamming and low probability of interception.

UltraAir’s second phase ground tests will start in early 2022 in Tenerife, Spain, where connectivity will be established between an UltraAir demonstrator and a laser terminal embarked on the Alphasat satellite using the ESA optical ground station. The terminal will then be integrated on an aircraft for flight testing by mid-2022.

“This new program is a key milestone in the roadmap of Airbus’ overall strategy to drive laser communications further, which will bring forward the benefits of this technology as a key differentiator for providing multi-domain collaboration for government and defense customers,” Airbus said in a company statement.