Airlines Get Connected via Satellite and Talk an AI Future 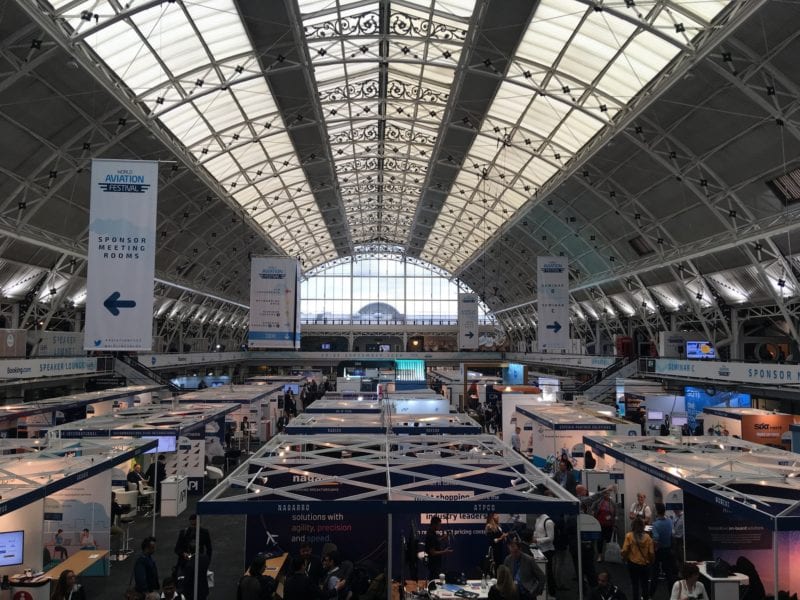 A number of airlines at the World Aviation Festival in London last week talked about an Artificial Intelligence (AI)-powered future. Given that airlines are a major customer for satellite operators, their insight into AI is particularly intriguing.

One of the main speakers was Daniel Engberg, head of AI and IT at Scandinavian Airlines (SAS), who spoke of SAS’ approach towards AI. SAS works with Viasat and has been one the pioneers in connecting its aircraft. He said the airline sees huge potential for Machine Learning (ML) in the future. “AI has not scaled yet. We have to be honest about that. We talk a lot about AI, but it is not mature. We believe it will come in three to five years. We have started this initiative and believe it will continue to scale upwards. However, there is also value to be derived in the here and now.”

Engberg says that when using AI, SAS wants to create value in everything it does, and wants to use AI to support its business. “We want to build a framework and take that knowledge and do the next project. We want to have the right structure, and spread the knowledge in the operation. Last mile implementation comes from the business itself. It is not from having a few data scientists developing great models. We need to look at the AI equation. How do you create value when you talk about AI?,” he said.

SAS wants to ensure that all of its staff follow procedures when it collects data. Engberg said the most forgotten piece about Machine Learning (ML) that no one is talking about are the data engineers, but he says that these are the employees that brings AI to life, and bring it to other departments at the right time. “We need people understanding what these models will do for us. We talk about flight delay predictions, as an example, so what do we do we do with that if through ML we can predict there is a 70 percent likelihood of a delay? We are trying to build a framework based on this. We need to look at the strategy here, and how we work with data. The key is how do we set it up and spread it across the company,” he said.

Engberg admits that an ML solution will not be a magic key to save $100 million. It will be a number of smaller projects, that will ultimately add up to a lot more. He admits that SAS has a number of AI-focused projects going on right now.

Eliano Marques, vice president, enterprise analytics, Data Science at Emirates has only joined the airline in the last year. He admits that Emirates is looking to build AI platforms that drive business change, and that these are being built from scratch. “I joined from a startup that then got acquired. We have really looked at different problems from customers to engineering, and build those capabilities accordingly. You need to put high leadership sitting nearer sea-level. You need to build an in-house strategy when using AI. You need to know what data science platform you have in place. We talk about deep learning networks. At Emirates, I develop any use case in eight weeks. We are building the foundation. Data science and AI is about changing process,” he said.

Turkish Airlines is another major airline that has aggressively connected its fleet. Ali Serdar Yakut, Chief Intelligence Officer (CIO), Turkish Airlines admitted that he is a little uncomfortable about the term AI. “It (AI) is a wide array of things. Everything is now being called AI. AI is really important. All optimization stuff is being called AI, but it isn’t. In Turkey, we are not facing problems particularly with young people sharing data. They are comfortable with it.”

Ash Jokhoo, CIO, Virgin Atlantic, is also a newcomer to the aviation industry. He said you need to have the right culture in your organization to do AI, as it requires a degree of risk. “The technologies are there. You have to re-imagine your processes. The human customer interface is really important, so we will never digitize that experience. There are some things you don’t want to get technology in the way of.”