Orbex CEO Ready for the Challenge Ahead 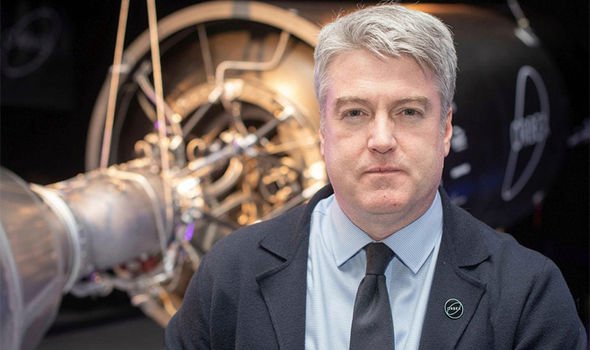 The commercial reality of a space port in Scotland has taken a new, positive step with the Highlands and Islands Enterprise (HIE). In recent days, the company revealed its latest steps to develop Space Hub Sutherland, which is expected to begin vertical launches of small satellites from the A’Mhoine peninsula early in the next decade. HIE is undergoing preparatory work to agree on the scope of environmental impact studies that should be carried out in relation to the site of a proposed space center in Sutherland. The project has attracted support from the U.K. Space Agency, which is also funding two launch companies that plan to set up in Sutherland: Lockheed Martin Space Systems and Orbex.

Understanding the environmental impacts of satellite launches, as well as the economic benefits, will be crucial factors in determining the outcome of a future planning application to the Highland Council for design and construction of the space hub. That application is currently being prepared by HIE and will be accompanied by an extensive round of public consultation so that local people have opportunities to view the plans and put questions to the developer.

Chris Larmour, CEO, Orbex told Via Satellite that with the public unveiling of the Orbex Prime rocket and the opening of its new headquarters in the Scottish Highlands, Orbex has taken some big strides forward, saying it has created something unique in Europe — a well-funded, private micro-launch solution supported by excellent facilities, strong industrial partners and an expanding line-up of commercial customers. The company is already making progress ahead of launching satellites. It announced earlier this year that Astrocast had selected Orbex to launch as many as 10 nanosatellites by 2023 in support of its global Internet of Things (IoT) network.

Orbex has announced that on Orbex Prime’s maiden flight from Scotland in 2021, the rocket will carry an experimental payload from U.K.-based Surrey Satellite Technology (SSTL). It will also launch an upcoming satellite in SSTL’s line of demonstrators by 2023. Elecnor Deimos has also contracted with Orbex for up to twenty satellite launches. “For Orbex, 2019 is going to be an interesting year. There is a lot on the horizon, most of which I can’t divulge at the moment. But you can expect that you’ll see more evidence of technology innovation and maturity, as well as major news regarding our progress as a business. From here, step by step, we will be doing everything we can to become the natural choice for companies looking to launch small satellites in Europe,” said Larmour.

However, the market for launching small satellites is expected to be fierce over the next few years. So, how will Orbex gain a competitive advantage in this market. With its orbital launch vehicle, Prime, Larmour said Orbex went back to the drawing board to address a key problem with micro launchers. He said that micro launchers have always suffered from a fundamental mass challenge. There’s a square/cube law that applies to rockets, which says that the bigger you get, the more efficient they become volumetrically, because, very simply, you get more volume enclosed by the metal or carbon fiber on the outside. Conversely, the smaller the vehicle, the heavier and less efficient the vehicle becomes comparatively, he added.

So, how does Orbex counter this? “We thought about how to solve this problem by re-architecting the vehicle and decided to use propane as the fuel. Propane has some unique properties that allow us to build a vehicle that is about 30 percent lower mass than anyone else in this category, which makes Orbex less costly while offering higher performance,” said Larmour. “We’re also able to use bio-propane, which is chemically equivalent, but is also a clean, renewable fuel that helps makes our Prime launchers up to 30 percent lighter and 20 percent more efficient than any other vehicle in the small launcher category, packing more power per cubic liter than many heavy launchers. It also cuts carbon emissions by 90 percent compared to fossil hydrocarbon fuels.”

Another issue that Orbex has been looking at is the growing issue of space debris/junk. “We certainly didn’t want our launcher to be dropping litter in space. So, we deliberately set out to architect the vehicle so it would not leave any debris on orbit. We deliberately designed features into the Stage 2 to de-orbit very rapidly, so it burns up on re-entry. We created a new zero-shock staging system, which leaves zero orbital debris. It also features a novel reusability concept, with a new low mass recovery and re-flight system, which is now patent-pending,” Larmour said.

The next few years will prove pivotal for companies like Orbex as they look to make an impact in this market. I ask Larmour about the potential competition and what it will take for Orbex to succeed. He believes there is still a huge bottleneck in getting smallsats delivered into orbit. He says a company like Orbex can relieve that bottleneck and become the de facto choice for companies looking to launch small satellites in Europe.

“There are only a handful of private launcher companies globally that have practical experience in the design and production of micro-launch vehicles, and even fewer that have combined those skills with sufficient funding and the commercial contracts to execute on their plans,” he said.