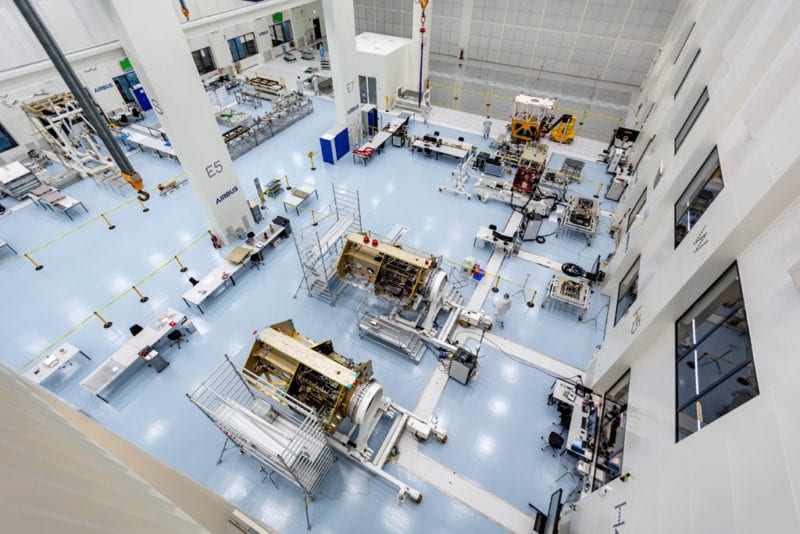 “Airbus’s significant investment in this building also represents an investment in the future — both for the Airbus site at Lake Constance and for Baden-Wuerttemberg as an aerospace location. When it comes to space technology, we are now a step ahead of the rest of Germany — in terms of science and research, development and technology, and enthusiasm for the aerospace industry,” said Baden-Wuerttemberg Minister-President Winfried Kretschmann. “With this technology center, Airbus has shown it has the courage to take the leap into a new age of even better satellites, and this includes those intended for scientific purposes. Satellites can, for instance, document changes in sea levels and detect even small sources of greenhouse gas emissions. Satellites of this nature are helping to expand the basic scientific knowledge needed to combat climate change.”

Four Sentinel satellites for the European environment and security program ‘Copernicus’, the joint European-Japanese EarthCare Earth observation satellites and two 12.30-metre-long planar radar antennas are the first projects to move into the new center. The integration work for Juice, a mission to the icy moons of Jupiter (set to launch in 2022), is also expected to start within the next six months.