ISS as a Catalyst for NewSpace Industries 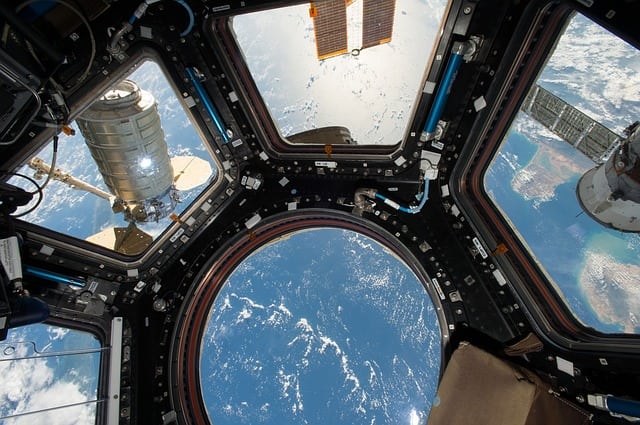 Just as the early railroads transformed the American West and spurred an economic boom across our then young nation, commercial activity in space is blossoming. Expansion of these activities, especially in-space manufacturing, will expand human activity outward and lead to new American economic booms. While the promise of commercial activities in space may be as vast as the promise of the American West, actions must be taken now in order to stay on the path of converting this promise to economic value.

Much of our current progress in space-based operations such as manufacturing can be credited to the multibillion dollar investment in the creation of International Space Station (ISS) and the designation of the U.S. segment of ISS as a National Lab for conducting space-based research for economic development in Low Earth Orbit (LEO). Using the ISS, companies have leveraged the unique properties of microgravity to achieve research and technology breakthroughs that otherwise wouldn’t have been possible. Many smaller sized companies have been able to enter the market and rapidly create value, compete and offer technologies and capabilities because barriers to research and development were lowered thanks to the National Lab and ISS.

Yet we’ve just scratched the surface. Without the National Lab and the ISS as a testbed platform, research into space utilization and in space manufacturing would be significantly reduced. In recent years, ISS and the National Lab have been used for technology development in numerous fields, including medical research, drug development, growing high-quality crystals, environmental sustainment research on Earth, and even studying materials that can be used for manufacturing in space.

We’ve already come a tremendous way in laying the foundation for a commercial space industry in LEO. Several companies have started building businesses which leverage the benefits of microgravity to bring new products and services to market. But before commercial space stations can profitably support such efforts for the long term, more work needs to be done to develop the products of these potential space station tenants. Think of how we’ve achieved such scale on Earth: industrial parks weren’t constructed before manufacturing companies and product designers were willing to move in.

Future products may take years to fully test, develop and scale production. These products and services may then become the anchor tenants of commercial space stations and other space-based platforms.

We’re very close to where we need to be on the demand side of the business case. Use of the ISS and National Lab continues to increase. Civil government agencies increasingly do research on ISS that benefits people on Earth. U.S. Department of Defense (DOD) agencies benefit from risk-reduction activities for remote sensing, communications, and space-based manufacturing. Greater utilization of ISS enables lower costs for product and technology development and increases mission assurance.

The Center for the Advancement of Science in Space (CASIS), managers of the ISS National Lab, has made great progress in convincing world-class companies to conduct research and technology development aboard ISS. Many people in government, industry and at the National Lab have provided the kindling that has thus far enabled LEO commercialization activities to spark. But the coming years will be pivotal for the emerging commercial space industry. With the direct U.S. support of the ISS proposed to end in the 2025 timeframe, there’s an industry imperative to scale up and accelerate planning for transition from ISS to commercial space stations or other Private-Public Partnership (PPP) models.

Setting a hard date for decommissioning the ISS without further development of the nascent technologies in the emerging orbital economy is very likely to snuff out this progress. If a hard date must be set, active measures to turn these small flames of activity into a sustained bonfire of innovation and economic activity before ISS is decommissioned is necessary. If action is not taken, investment in the ISS and the ISS National Lab, private investment in ISS-based activity, and budding space-based products and services will be wasted.

NASA, the DOD, and commercial interests have a continuing need for a persistent microgravity platform which can be served by a commercial space station. NASA has human spaceflight research needs which will not be closed out by the time ISS is decommissioned. While ISS operates, access to the ISS National Lab should continue largely as it currently is (free and equal).

I hope and expect to see factories operating in space in the next decade. The birth of commercial space stations, and more importantly, the economic activity to sustain them, will be one of the greatest achievements of the 21st century. The United States is in a leading position to retain our supremacy in space. But for commercial space utilization including profitable manufacturing and research and development to continue at the current healthy pace, we must plan and avoid the infrastructure gap that’s looming. 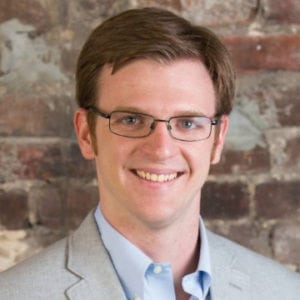 Andrew Rush is President & CEO of Silicon Valley-based Made In Space, Inc. He oversees the operations, business development, and strategy of Made In Space (MIS) as it continues to push boundaries of manufacturing technology in space, at sea, and in other extreme environments for government, commercial and defense customers.