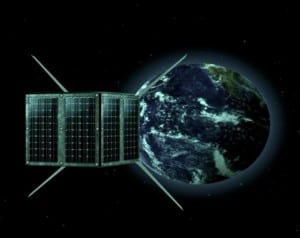 [Via Satellite 04-14-2016] The Central American Association for Aeronautics and Space (ACAE) is crowdsourcing $75,000 to complete what it hopes will be the first privately funded satellite built in Central America. The spacecraft, a 1U CubeSat called Irazu, is the flagship project of the Costa Rica-based organization, and is designed to bolster environmental monitoring in the region.

ACAE is intentionally funding the Irazu satellite, which has a total program cost of $500,000, through private means. Carlos Alvarado, president of ACAE, told Via Satellite that the organization chose to crowdsource in order to include the public and cultivate interest in the satellite industry across Central America.
“We think this is a very powerful message for the community,” he said. “This is not a project that is funded by the government; this is a project that is funded by the people. We decided to establish a goal of $75,000 funded by the people. So far, [as of] yesterday, the campaign reached $48,000. We have six days left for finishing the campaign and we are sure we will finish the goal.”

Founded in 2009, ACAE works with public and private entities to promote aerospace developments in Central America. So far the organization has conducted projects such as launching stratospheric balloons and worked with companies like Ad Astra Rocket Company, the owner of which is of Costa Rican and American descent with a background as a NASA astronaut.

The goal of the Irazu project is to demonstrate how space technology can benefit people’s lives in the region. Marco Gomez, Irazu project director at ACAE, told Via Satellite that the CubeSat will act as a communications platform for a network of ground-based sensors used to measure forest biomass. He said ACAE formed the Irazu mission to support the Costa Rica Institute of Technology’s (TEC’s) climate change research. Much of the school’s studies consist of placing sensors in remote ecosystems of the country to collect data on tree growth, soil moisture, precipitation and other measurements.

“The researchers leave the sensors in the forest and check on them every three months to collect the data. Sometimes the sensors are damaged or stolen, resulting in loss of data and equipment. The Irazu project wants to solve this problem by using a satellite to transmit the data daily to TEC. The important thing to understand about this project is that it is a technology demonstration, meaning that we want to show that the system works and then apply it on a bigger scale. In the future, we would like to have sensors not only all around Costa Rica, but around Central America,” he said.

For Irazu communications, ACAE has a remote station located in Los Chiles de Alajuela, in northern Costa Rica, and a ground station is located in the TEC campus in Cartago. Gomez said the Radio Club of Costa Rica (RCCR), a non-profit, is assuming responsibility for the technical aspects of the ground stations such as design, construction and testing.

Alvarado said TEC staff will process data collected from the CubeSat, and will share it online through a special website for the public, students and researchers. ACAE is also collaborating with Costa Rica’s Ministry of Science, Technology and Telecommunications, and Ministry of Environment and Energy to make the best use of the scientific data corralled from Irazu. Measuring forest health could, Alvarado said, help Costa Rica reach its national goal of becoming the first carbon-neutral country by 2021.

“The objective of this measurement is that if you have the forest biomass over a period of time, you can correlate this information to CO2 quantities. This is very important because scientists and decision makers need to know how much CO2 is now being sequestrated by the forest plantations that are funded by the government,” he explained.

The Kyushu Institute of Technology in Japan is a partner with ACAE on the Irazu CubeSat. The academic center is providing testing and certification of Irazu, along with finding a launch vehicle. Alvarado said the CubeSat might launch on a Japanese rocket or another launch vehicle headed to the International Space Station (ISS) within the next year. Once launched, the satellite will spend half a year in Low Earth Orbit (LEO) concluding operations.

“At this altitude, atmospheric drag is a strong disturbance which results in loss of orbital energy. The satellite’s orbit will be decreasing in altitude every day until it re-enters the atmosphere six months after deployment from the ISS. This way, the mission will not produce orbital debris,” said Gomez.

Alvarado said ACAE is working with local companies to make them a larger part of the global space and satellite industry. He expressed optimism that the Irazu CubeSat will shine a light on these companies and garner some of the investor attention that the SmallSat industry has experienced in recent years.

He also hopes the project will draw interest from other countries across Central America. Today, ACAE has a board of directors in Guatemala, and recognizes the El Salvador Aerospace Institute. Alvarado said that though the first project has only Costa Rican entities participating, ACAE plans to seek out projects with other Central American countries once it has demonstrated the ability to complete a satellite.