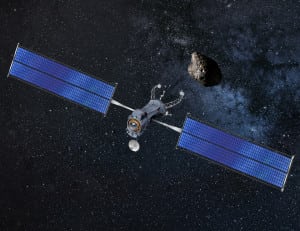 [Via Satellite 02-10-2016] Space Systems Loral (SSL) is collaborating with Busek, manufacturer of the first U.S.-built Hall Effect thruster to ever fly in space, on advancing the capability of solar electric propulsion systems. The companies plan to build on the current collaboration specifically to address the future needs of NASA and other U.S. government agencies.

“Our collaboration with Busek will accelerate the development of a highly effective and competitive thruster production capability,” said Matteo Genna, chief technology officer at SSL. “Working together will put us at the forefront of advances that will benefit satellite operators and are essential to the development of future space infrastructure and space exploration.”