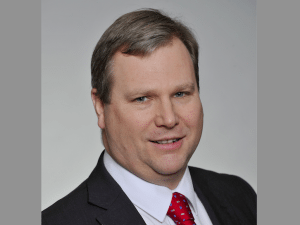 [Via Satellite 08-03-2015] Over the last few months, the area of small satellites has been one of the hottest topics in the industry, partly as OneWeb, SpaceX and LeoSat all announce aggressive plans to launch new constellations of satellites. For Surrey Satellites Technology Limited (SSTL), a company that has a rich heritage in the small satellites arena, this new movement could represent a number of new and exciting opportunities. Via Satellite talks to SSTL CEO Patrick Wood about the company’s growth prospects, as well as recent developments that have put the whole small satellite movement in focus.

VIA SATELLITE: Where do you see the growth opportunities for SSTL over the next 12 months? Where are you looking to grow your business?

Wood: The space industry is at an interesting point of its history with a more rapid acceleration of change and innovation and more and more demands being placed on space solutions. SSTL therefore has many areas it can grow into from its more traditional markets of optical and imager payloads, to new low cost radar missions. The telecoms market has seen a huge change in recent years with new architectures challenging the existing GEO architectures and we are seeing operators explore these new configurations and capability. Of course SSTL has a great tradition of flying technology demonstrators that not only provide a platform for various customers payloads but also the ability to prove new technology for controlling satellites in orbit. Even the original nanosat capability is important to SSTL with many opportunities for nano-satellites capable of providing complex payload functionality. So the growth potential is there, but one area which many people talk about today is constellations; for SSTL this is a reality today. When I stepped into SSTL a couple of months ago there were four constellations in build and not many space companies can claim that. This is clearly an area of growth as users want more functionality with smaller handsets, which drive the architecture to LEO solutions. This is an area where SSTL can and has innovated in for many years and has many products ideally suited for low cost solutions. Our export business continues to grow with more complex payloads and higher resolution imagers, alongside our recognized training programs for customers to not only help design and build the satellite but also learn more about the theory. We continue to grow our U.S. company, but also look east to other business opportunities like Japan, so we remain a truly global satellite company.

The United Kingdom has increased the funding for space in recent years and this has enabled the U.K. space industry to look for ways of exploiting these growth opportunities. SSTL is no exception — we have plans to grow our GEO business, further develop our low cost radar solution as well as nearing the end of the 22 Galileo payloads for the EU. SSTL continues to change the economics of space

VIA SATELLITE: What percentage of revenues now come from the U.S. side of the business? Do you expect that to grow further?

Wood: We have seen continual growth in our Surrey Satellite Technology SST-US business; this has been organic growth. Of course the U.S. has a mature space industry so there is a challenge to capture market share, but the SSTL approach does give us competitive advantage. SSTL in the U.K. has a great reputation and is well known in the U.S., especially from our training courses in satellite systems and missions and this was the first incentive to start the SST-US business.

In the very early years the U.K. has supported this U.S. growth by providing knowledge and capability. But as the U.S. business has grown, then more and more is done directly in the SST-US company. The overall business accounts for around 2 percent of the overall SSTL turnover and has the opportunity to grow to double digits. There is a lot of interest around new space architectures and this provides a potential area where the ability that SST-US has to innovate and drive a more competitive approach comes into play.

VIA SATELLITE: The talk of SATELLITE 2015 was the emergence of new LEO constellations and initiatives. Is this an opportunity or a threat to a company like SSTL?

Wood: It is a fantastic opportunity for us. We have a reputation for innovation and the ability to bring new technology to space, therefore SSTL and SST-US are both well placed to capitalize on this recent opportunity. We have a history of innovations and firsts in the space industry and that continues today, thus as new challenges emerge we can adapt rapidly to take advantage of them.

We challenge the standard ways of building, designing, manufacturing, procuring and testing satellites. We have a reputation for changing the economics of space and this plays well into this new and exciting set of opportunities, with low cost being one of the key drivers, but using techniques that give the right level of quality and capability. We have had significant interest in what we could bring to those types of constellations and we recognize they may need new products developing to fly new technology, and we are well placed to provide such a capability.

We are already building constellations such as the 22 payloads for Galileo, three optical satellites called DMC3, six satellites for Formosat 7/Cosmic 2, as well as three other recent examples, so we are experienced in what constellations require and the ability to fly new technology to de-risk those types of missions.

VIA SATELLITE: At the recent Satellite Finance Network Conference in the U.K., there was a lot of talk about growing the local space industry to a 40 billion pound ($62 billion) market in the next two decades. Do you think this is realistic?

Wood: That question gets asked a lot. But, if you look at what has happened over the last two to three years, then it is definitely on track. That growth potential does exist. There is a lot of potential for the market to grow and in particular to stimulate new users of space data. I think the Innovation Growth strategy has pulled a lot of things together and, in recent years, we have seen the emergence of the Satellite Applications Catapult, which is focusing on developing downstream applications opportunities to stimulate the upstream infrastructure requirements. This has led to new entrants to space, which are helping increase the demand for capability. Users are also understanding that many types of data now come from space such as accurate timing signals as well as weather data to highlight the two most obvious. Users are now combining data sets to create big data sets that enable satellite data to be used in ways not envisaged a few years ago.

That is a fantastic opportunity. People are on that growing curve. It is hard to predict 15 years in the future. The space industry has always had that label of being a slowly evolving industry over the last 15 to 20 years, but what we are seeing is a much faster rate of change. All the indicators are that this rate of growth is achievable.

VIA SATELLITE: We are in an era of high-throughput satellites more powerful than ever before. What innovations is SSTL looking to bring to the table to attract customers?

Wood: First of all, innovation starts with what I call horizon scanning, so we can assess new technologies and look for potential space applications. Some classic examples, there has always been interest in things like optical communications and we are now seeing real applications of this capability in orbit, but also people talk about wireless communications technologies used on spacecraft to reduce the existing wiring harness, as well as the development of battery technology in recent years. So, these ideas go through the innovation pipeline. We work with various partner organizations to bring things to fruition. We then take these ideas and mature the technology to be used in space, this has been a key skill of SSTL over its 30 years of history. The skill SSTL has is taking technology from the automotive industry or industrial components and test to see if they can operate successfully in space, this has enabled SSTL to keep at the leading edge of innovation over the years and maintain many firsts, such as the first Web address in space and the first successful use of navigation signals on board a nanosatellite for orbit maneuvering. But our innovation is also focused on developing the key components we need and ensuring they are low cost but effective, such as new low cost avionics and new on board computers.

There is a new innovation we are going to fly this year to look at ways of really challenging the low cost optical space market. It is about taking commercial off-the-shelf technology and industrial technology that had never flown in space, and building it up into an optical imager that will survive the rigors of space. We will fly that later in the year.

We are working with Airbus in Portsmouth to introduce a new low cost radar capability called NovaSAR, a low cost synthetic aperture radar. This enables satellites to image day or night through cloud cover, and really revolutionize the availability and cost of having that type of data.

SSTL has capitalized on the extensive LEO and MEO knowledge to design GEO satellites which have a more challenging environment and lifetime, this marks a major increase in capability and this positions SSTL for the future to enable nations to expand their space capability into GEO.

VIA SATELLITE: Do you think small satellites could play in areas where they don’t do today?

Wood: Absolutely. My background is in large GEO spacecraft. So, coming into SSTL, I have had my eyes opened by all of the capability of LEO and MEO, and some of the more unusual orbits we have used. People are looking for satellites that are closer to the Earth, so you can fly different types of technology. Small satellites are perfectly positioned to do this. SSTL has a wide capability from Nano-Sats to medium-sized satellites. Even though we are known all over the world for providing small satellites, we are actually moving into areas that are much larger in terms of the capability.