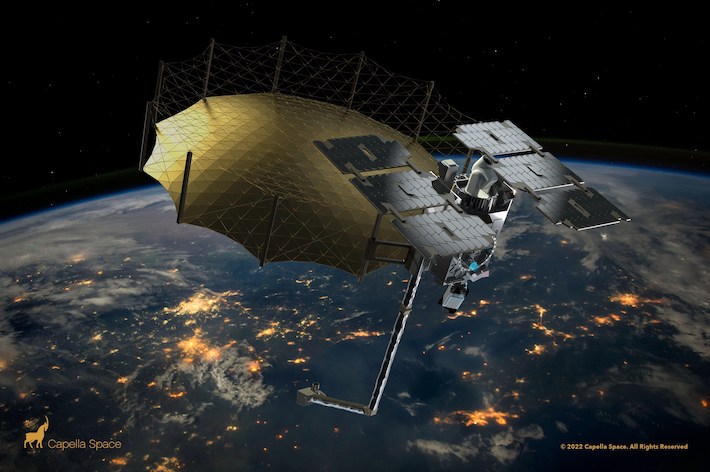 Capella Space, a synthetic aperture radar (SAR) data company, announced the next-generation of its satellites called Acadia, which will offer higher resolution and be equipped with optical inter-satellite links.

The Acadia satellites increase radar bandwidth from 500 MHz to 700 MHz, with slant range resolution improving down to 0.214 m and Ground Range Resolution to 0.31 m for standard look angles. Capella is also increasing power, which it says will provide more detail in Capella’s imagery and detect a broader range of objects.

The Acadia spacecraft will also be equipped with optical communications terminals (OCTs). Capella previously announced it would use Mynaric optical terminals on future satellites in November 2021. Capella said high-speed links will reduce latency from collect to downlink.

Capella announced the satellites on Aug. 10 and the first of the Acadia satellites is slated to launch in early 2023.

“Capella’s Acadia satellite technology is the result of our team’s drive to push the limits of SAR and our commitment to technology innovation,” said Payam Banazadeh, CEO and founder. ” Our new Acadia class of satellites will deliver even higher resolution and quality which will equip our customers worldwide with the tools and information they need to take problem-solving to the next level.”