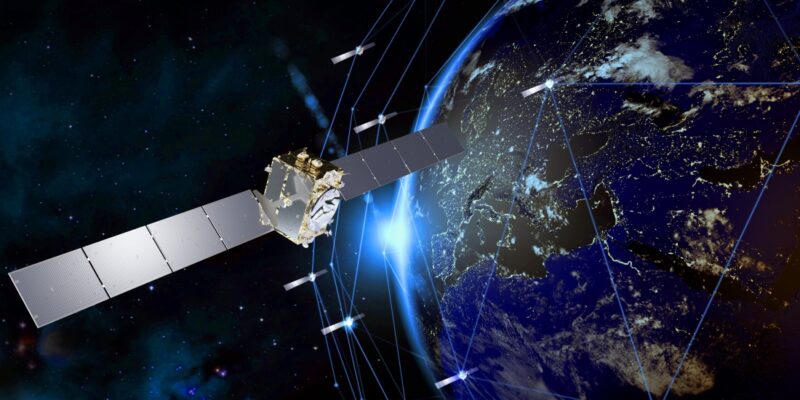 A rendering of the second generation of Galileo. Photo: Thales/NASA

After winning the Telesat deal, Thales Alenia Space has followed up with another major contract worth 772 million euros ($929.8 million) with the European Space Agency (ESA), acting on behalf of the European Union represented by the European Commission. The deal was announced March 3.

Thales Alenia Space will provide six satellites as part of the second generation of Europe’s Galileo constellation. The first satellites of this second generation will be placed in orbit by the end of 2024. With their new capabilities relying on high innovative technologies (digitally configurable antennas, Inter-Satellites Links, use of full electric propulsion systems), these satellites will improve the accuracy of Galileo as well as the robustness to interference and jamming and resilience of its signal.

Galileo is Europe’s Global Navigation Satellite System (GNSS), providing improved positioning and timing information with significant positive implications for many European services and users. It also aims to allow Europe to have a greater share of the 175 billion euro ($210.88 billion) global GNSS market.

“This success emphasizes the capacity of Thales Alenia Space to address complex space systems. Galileo second generation will benefit from the company’s unique legacy in constellations and from its strong long-standing know-how in space navigation solutions, in particular with Galileo and EGNOS,” Hervé Derrey, CEO of Thales Alenia Space, said in a statement.