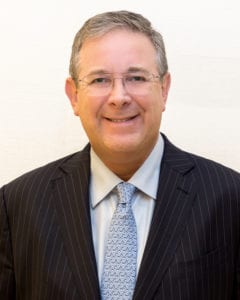 PredaSAR is working to build a constellation of 48 Synthetic Aperture Radar (SAR) satellites, and the company’s Executive Chairman and Co-Founder Marc Bell said the Earth Observation (EO) startup will start commercial operations with satellites on-orbit as early as next year.

In a recent conversation with Via Satellite, Bell said PredaSAR’s satellites were in production with Tyvak before the company was founded. PredaSAR was founded in 2019, and announced its $25 million seed financing round, led by Rokk3r Fuel, in early March. Both PredaSAR and Tyvak are Terran Orbital corporations, and Bell is also a Terran Orbital co-founder.

“We’ve all been working on this for a long time.” Bell said. “Tyvak has put over 220 satellites in orbit already. So, we’re not really a startup, we’ve been doing this a long time. And so we have a lot of experience and we manufacture most of our components in house. It was very cost-effective for us to go and build this.”

Bell said PredaSAR’s first priority is to serve the national security interests of the U.S. military, and the company’s in-house military expertise is key to understanding the needs of the warfighter.

“Instead of building satellites, and looking for customers, we went to the customer first and said — ‘What do you need, and what do you want?’ Then we built the satellite, so they are purpose built,” Bell said. “A lot of people build these large optical satellites and hope people will come. We found our customers first.”

Bell said that mindset has paid off, and PredaSAR has already signed its first contracts. The constellation will have both government and commercial customers the day it is operational. In addition, the satellites which are built for military needs will have added benefits for commercial customers.

“The beauty of building it with the U.S. military and government in mind is we’re building things to a much higher specification, much higher quality, much more redundancy than you would for a commercial customer. And so commercial people benefit from everything that we’ve done,” Bell said.

PredaSAR is keeping some aspects of the company’s plans close to the vest, such as the revisit rate it hopes to achieve with 48 satellites. But Bell said PredaSAR will focus on filling the need for raw SAR data, compared to competitors like Capella Space and Iceye, which offer solutions platforms with their data. PredaSAR plans to sell raw data to customers that have the capability to process it themselves.

“Our target customers could do their own processing. And they do it much faster than we can. All they care about is high resolution data. We want to spend virtually all our energies on providing the highest resolution data, with the quickest revisit rates,” Bell said. “We are going to own the Big Data side of the world, and the rest of the world process data.”