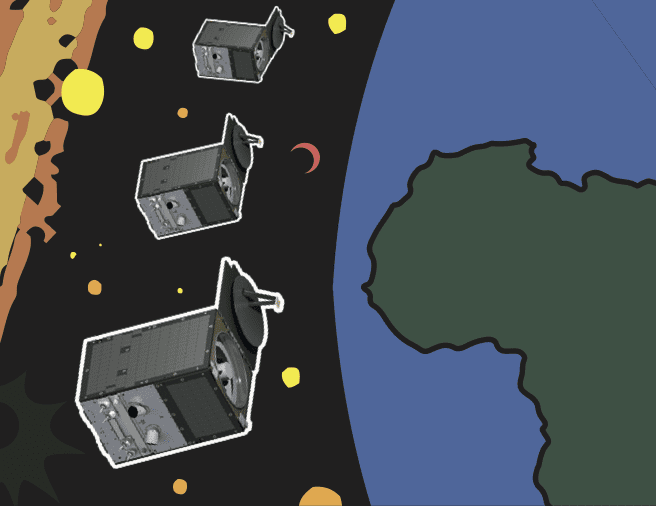 SpaceX successfully lofted three high-resolution imaging SkySats from Planet and a batch of its own Starlink communications satellites on a Falcon 9 rocket this past weekend on June 13. The California launch company successfully deployed Planet’s SkySats 16, 17 and 18 to a drop-off orbit of 205 x 380 km at a 53 degree inclination.

Planet confirmed that its launch operations acquired all three satellites and have started performing operational checkouts. The satellites will use their onboard propulsion to boost themselves up to their operational orbit of 400 km circular altitude during the next few weeks. They will join the 15 other SkySats already in orbit and provide high resolution images to Planet’s governmental, commercial, academic and non-profit organizations.

SpaceX will launch SkySats 19, 20 and 21 for Planet on another Starlink launch scheduled for later this summer. “Although the Falcon 9 rocket [that launched SkySats 16-18] was equipped with the capacity for all six SkySats in a single launch (and then some), the SkySats were intentionally split across two launches so that they could be deployed into offset planes, optimizing for maximum coverage and revisit time over key regions,” Planet said in a statement.

Separately, SpaceX has begun taking beta testing applications for it’s Starlink high-speed internet service.  On June 12, the company updated its website to include a sign-up form that provides subscribers with information on when/if Starlink service becomes available in their zip code.

After providing SpaceX with a zip code, subscribers receive a message that reads: “Private beta testing is expected to begin later this summer, followed by public beta testing, starting with higher latitudes [in the U.S. and Canada]. You will be notified via email if beta testing opportunities become available in your area.”

SpaceX said that it expects to launch international Starlink services in 2021.