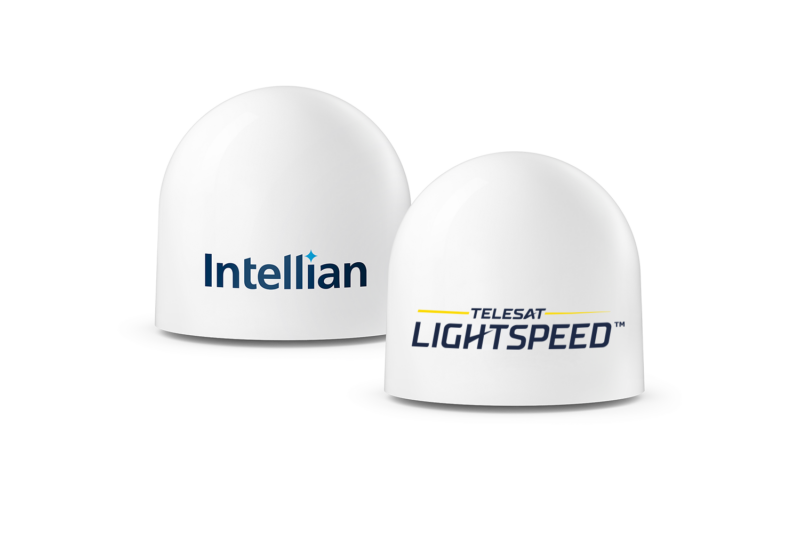 Telesat has awarded Intellian a contract to design and supply enterprise user terminals for the Lightspeed constellation. Intellian will provide dual-parabolic antenna antenna user terminals that it says can execute make-before-break handoffs from one satellite to the next in the Low-Earth Orbit (LEO) constellation.

Edward Joannides, vice president of Strategy and Business Development for Intellian told Via Satellite that under this agreement, Intellian will supply a new design with a gimbal design optimized for LEO satellite tracking.

These 1 meter aperture terminals will be used to provide fixed broadband connectivity for a variety of verticals including mining, first responders, military, NGOs, cellular backhaul.

“This is really important for our government of Canada applications with the capacity requirements, specifically for community aggregator sites in the North. There will be almost an entire community that will be getting its internet access via these terminals,” Aneesh Dalvi, Telesat’s director of LEO Landing Stations and User Terminals, told Via Satellite.

Telesat and Intellian are also discussing terminal development programs for other market segments, and Telesat is working with other providers on user terminals for other applications as well.

This is another contract win for Intellian, which is working with many of the Non-Geostationary Orbit (NGSO) constellations on user terminals, including with OneWeb and SES. Last year, the company announced a flat panel user terminal with OneWeb that is the size of a briefcase.

Dalvi said that Telesat chose Intellian because the company is a leader in the NGSO space.

“We view Intellian as a development partner,” Dalvi said. “These terminals are going to be used throughout the process as we’re developing the satellites, so we want to make sure that these terminals are compatible with the onboard processors that will be on the satellites before they launch. It’s important for us to [sign] this terminal contract early so that [Intellian] can work alongside our prime contractor [Thales Alenia Space].”