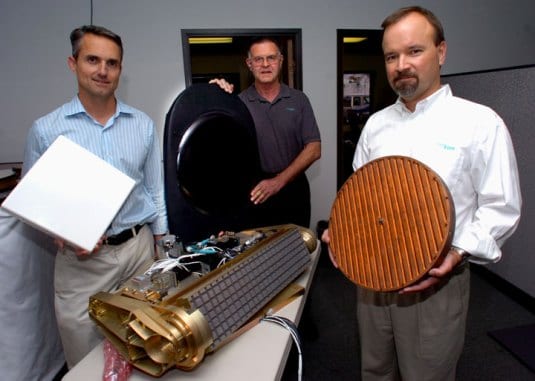 ThinKom is offering a way for people to replace big, expensive dish farms. The company recently revealed its new Multi-Beam Phased-Array Gateway solution, which is described as an “array of arrays” — and provides an alternative to the large “antenna farms” of parabolic dishes currently used for support of Geostationary Orbit (GEO) satellites. The solution is designed to accommodate current and next generation Low-Earth Orbit (LEO) and Medium-Earth Orbit (MEO) satellite constellations.

“We embarked on this disruptive Non-Geostationary Orbit (NGSO) ground infrastructure path seeking an ‘if you build it, they will come’ affirmation — and it looks like we have it,” commented ThinKom Chairman and Chief Technology Officer (CTO) Bill Milroy on the announcement. “The inbound response has been amazing, confirming for us a broadly unmet market need for our differentiated solution!”

In advance of the announcement, Via Satellite sat down with Milroy last month to chat about the latest developments in the antenna segment. The interview in full is published below.

VIA SATELLITE: How are antennas evolving today? Are they getting smaller and cheaper?

Milroy: Rather than “smaller” or “higher-performing” per se, the antenna challenge is, and always has been, to get the highest possible performance (highest possible data throughput utilizing a given satellite/constellation resource) in the smallest possible footprint (antenna area). So it’s really about area efficiency, and smaller isn’t necessarily better (if throughput performance is sacrificed for the sake of size). In terms of cost, there is a strong push to much lower costs at much higher production rates and volumes, particularly for fixed User Terminals (UTs) in support of the various LEO and MEO constellation players. In many cases, the cost of the antenna/terminal can, and eventually will, make-or-break many of the best laid business plans for these constellations.

VIA SATELLITE: How are you evolving your products to meet the needs of your customers?

Milroy: In terms of area efficiency (highest possible throughput in the smallest possible footprint) I believe we’ve already established ourselves as the leader in phased arrays (our KU3030 aka “2KU” and our KA2517 products being prime examples, with 2 times to 8 times higher efficiency than our closest competitors). In terms of price, we are doing some pretty amazing things (via design-to-cost and manufacturability breakthroughs) relative to hitting the aggressive targets thrown down by the LEO, MEO, and GEO enterprise — and even consumer — markets.

VIA SATELLITE:  There is talk of moving to a universal, multiband antenna. Do you believe this is plausible, or will there always be a need for specialized antennas? Additionally, what do you believe is the next big breakthrough in the antenna market?

In addition to the aforementioned business-case-driven area/throughput efficiency and price demands, the trends in GEO (High-Throughput Satellites), LEO, and MEO constellations are pushing to ever higher channel (instantaneous) frequency bandwidth capability (250 MHz and higher) as well as broader tunable frequency bandwidths (3 plus GHz for both transmit and receive). The driver here, particularly in light of the trend toward software-defined modems, is a “universal” antenna/terminal capable of seamless roaming between various GEO, LEO, and MEO constellations. Speaking for ThinKom, we are well along our way in supporting this hybrid and universal vision, already supporting wide channel and tunable bandwidths, and with already proven interoperability amongst the various constellations.

VIA SATELLITE: What markets have your products expanded to? And are there certain markets waiting for certain milestones in antenna development, or have we already met those?

Milroy: We are probably best known for our Commercial Aeronautical Phased Array products (1200+ ThinKom systems installed with 12 plus airlines and with 9 million plus hours of accrued flight time to date) but we are also very active in the government aero markets as well, with our systems flying on both “announced” and “un-announced” platforms supporting both milsatcom and commercial satcom satellites and constellations. Turning now to the Ground Terminal markets, we are very active in the LEO and MEO User-Terminal markets for both enterprise and consumer customers, as well as in the satellite ground infrastructure markets (teleport and gateway antenna systems capable of supporting multiple simultaneous independent LEO and MEO satellites) where our reconfigurable/scalable multi-beam phased-array antenna subsystem will replace traditional one satellite per antenna (2.5 to 7 plus meter) dish-based installations.