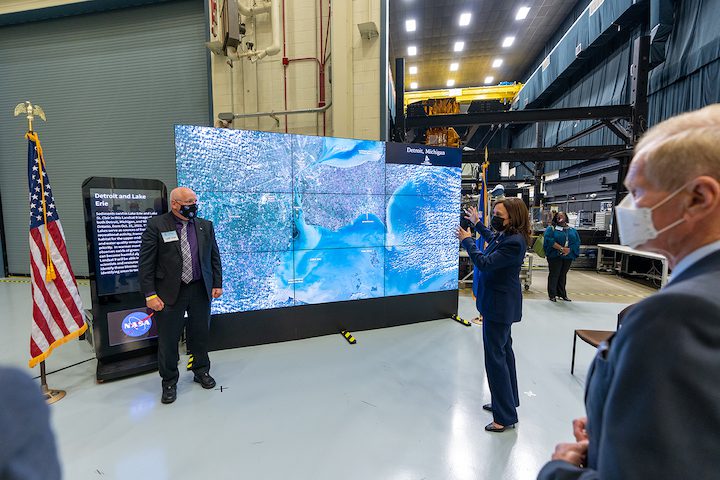 Harris also announced that the Biden administration’s first meeting of the National Space Council will be held on Dec. 1. Harris is chair of the council, which advises the president on space policy and strategy. In August, the White House announced that Chirag Parikh, senior director of Azure Space at Microsoft, will serve as the council’s executive secretary.

During her visit, NASA Administrator Bill Nelson unveiled the first images from Landsat 9, which was launched in September. These images will help monitor crop health and water used for irrigation, manage vital natural resources, and track the impacts of climate change.