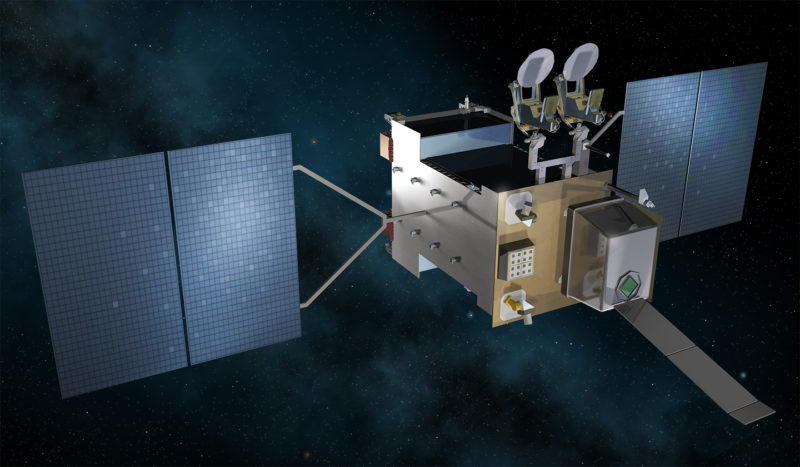 The U.S. Air Force on Jan. 4 awarded Lockheed Martin a modification worth up to $4.9 billion on the company’s existing contract for the Next-Generation Overhead Persistent Reconnaissance (Next-Gen OPIR) satellite system for work associated with the manufacturing, assembly, integration, test, and delivery of three Next-Gen OPIR satellites and delivery of ground mission unique software and ground sensor processing software.

“Additionally, this modification includes engineering support for launch vehicle integration and launch and early on-orbit checkout for all three [satellites],” the U.S. Department of Defense said in the contract announcement. Work will be performed in Sunnyvale, California, and is expected to be completed May 31, 2028. Funds in the amount of $99,000,000 are being obligated at the time of award.

In November, Lockheed Martin said that it had completed a preliminary design review (PDR) on the Block 0 GEO satellites for Next-Gen OPIR — the follow-on to the Space Based Infrared System (SBIRS) missile warning satellites. A critical design review is scheduled for September.

In October, 2018, Lockheed Martin selected Raytheon and a Northrop Grumman–Ball Aerospace team to compete to provide the mission payload for Next-Gen OPIR.

The Jan. 4 Air Force award to Lockheed Martin was the expected, “Phase 2” follow-on contract to the 2018 award to the company for the development of the three satellites.