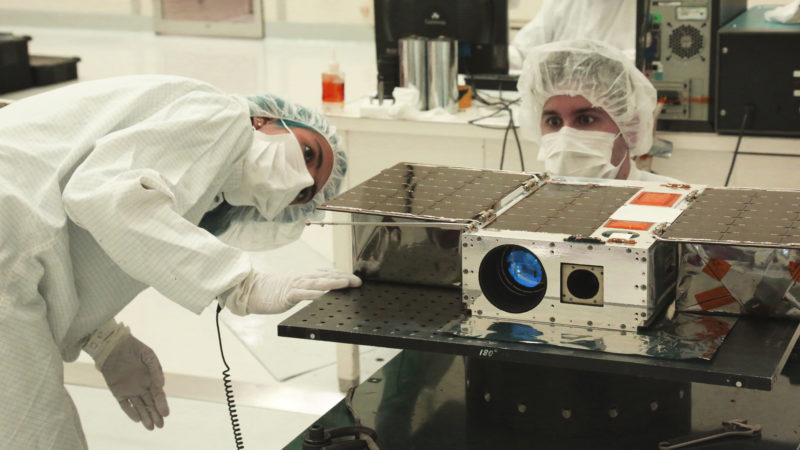 NASA prepares the ASTERIA spacecraft for mass-properties measurements in April 2017. ASTERIA was deployed from the ISS in November 2017. Photo: NASA/JPL-Caltech

Mission operators at NASA‘s Jet Propulsion Laboratory in Pasadena, California, have lost contact with the Asteria CubeSat, which studies planets outside our solar system. The last successful communication with Asteria was on Dec. 5. Attempts to contact it are expected to continue into March 2020.

When Asteria was deployed into Earth orbit from the space station in November 2017, the mission showed that many technologies involved with studying and finding exoplanets can be shrunk to fit on small satellites. Asteria observed a handful of nearby stars and successfully demonstrated that it could achieve precision measurements of the stars’ brightness. The satellite completed its primary mission objectives in February 2018, and has been used as an in-space platform to test various capabilities to make CubeSats more autonomous. If contact is not regained, scientists can still conduct experiments on CubeSat autonomy programs using the mission testbed – a replica of the spacecraft’s internal hardware, kept on Earth for testing purposes.

“The Asteria project achieved outstanding results during its three -month prime mission and its nearly two-year-long extended mission,” said JPL’s Lorraine Fesq, the current Asteria program manager. “Although we are disappointed that we lost contact with the spacecraft, we are thrilled with all that we have accomplished with this impressive cubeSat.”