The Consequences of WRC-19: Initial Observations 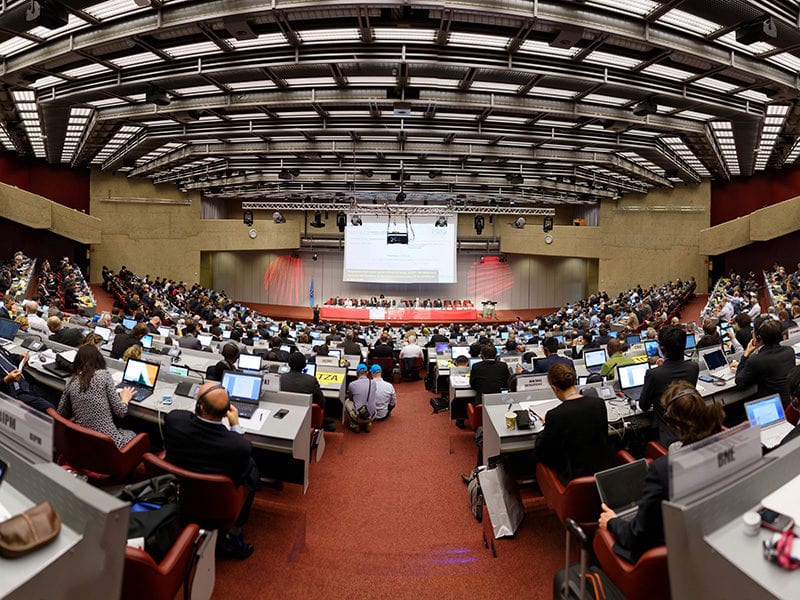 The 2019 World Radiocommunication Conference (WRC-19), a “death-by-a-thousand-cuts” experience for the satellite industry held every four years by the International Telecommunication Union (ITU), has just wrapped up its latest get-together in Sharm el Sheikh, Egypt. The event, attended by 3,400 delegates from around the world, produced less-than-optimal results for satellite operators.

Let’s start with the good news about C-band spectrum. Delegates at WRC-19 established an allocation of Ultra High Frequency (UHF) spectrum to mobile, while protecting the high range of C-band spectrum for broadcasters. This frequency range is used for the satellite distribution of broadcast channels to Europe, the Americas, Asia, and Africa.

UHF spectrum is also used for Digital Terrestrial Television (DTT) broadcasts, and is also considered ideal for 5G broadcast systems. Broadcasters were able to stop the bleeding of UHF spectrum to mobile operators, and secure an agreement for a neutral review of UHF spectrum at the next WRC conference in 2023. Whew!

“The hard-won agreements at WRC-19 will favorably impact the lives of billions of people around the world, creating a digital landscape for sustainable growth and development,” ITU Director Mario Maniewicz said during proceedings. “The achievements of WRC-19 in enabling new communication technologies and the protection of existing services will be reflected in the continuous growth of the trillion dollar telecommunication and ICT industry.”

Now, the bad news. Before WRC-19, the FCC and its chairman Ajit Pai, had been signaling that it was open to a C-band spectrum sharing proposal put forth by the C-Band Alliance (CBA), an organization of major international satellite operators (Intelsat, SES, and Telesat). The Alliance had been working to negotiate a fair exchange of C-band supply with 5G-hungry mobile operators, proposing control of a privately held auction that would bring in revenue for the operators.

After all, the operators have held licenses to this C-band spectrum for decades. They were granted these licenses by the U.S. government in exchange for promises to build satellites and a satellite ground network system. Satellite operators lived up to their end of the bargain and are now looking to be compensated.

Leading up to WRC-19, after complaints by Republican members of Congress, the FCC’s position on the auction began to change. The FCC now proposes a public auction, the proceeds from which could be subject to a hefty federal tax.

“The FCC Chairman’s indication that he intends to pursue a public auction of C-band spectrum is a significant departure from the CBA’s market-based proposal,” the Alliance said in a statement. “The announcement does not address the critical involvement of the incumbent satellite operators in executing the complex task of re-configuring and transitioning their networks. Nor does the announcement address the fundamental modification of the rights afforded by the existing FCC licenses held by the CBA members which would be required under a public auction approach.”

The CBA also threatened to cease its “full cooperation” with mobile operators, and suggested a lengthy legal battle which could delay the rollout of 5G services. “We will continue to work cooperatively with the FCC to develop an effective alternative plan and achieve the best outcome for the American public while protecting the interests of our users and the rights of our companies,” the Alliance said.

Sources tell Via Satellite that they expect FCC Chairman Pai to clarify the Commission’s position on the C-band auction during his planned remarks at the 33rd Annual FCBA Chairman’s Dinner on Tuesday, Dec. 10.

Separately, there was a very surprising development that emerged from WRC-19 regarding Ku-band. The conference announced it would begin researching the potential use of certain bandwidths for fixed wireless broadband “International Mobile Telecommunication” technologies. Ku-band, specifically the bandwidth between 10.7 GHz and 11.7 GHz, was placed on the list of spectrum to be studied. This is the bandwidth that is used for Direct-to-Home (DTH) reception around the world.

While the decision states that Ku-band and these other bandwidths would not be up for official discussion until at least 2027, it provides satellite operators with yet another call to action to protect future bandwidth supply.