FCC’s CBRS Auction Not Happening Until “At Least” 2020 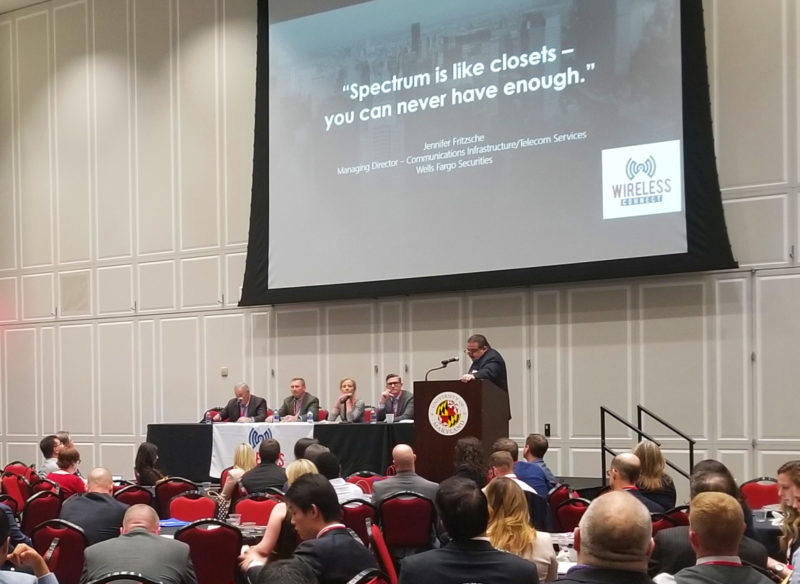 The Federal Communications Commission (FCC) will not hold priority access license auctions for Citizens Broadband Radio Service (CBRS) mid-band spectrum until at least next year “at the earliest,” FCC Commissioner Michael O’Rielly said yesterday while speaking at the University of Maryland. However, the FCC plans to make 3.5 gigahertz (GHz) spectrum available to unlicensed third tier, or “General Authorized Access” users as early as June.

CBRS, the spectrum that exists between 3550 megahertz (MHz) and 3700 MHz (3.5 GHz Band), is intensely coveted by cellular operators for 5G service roll out. During his speech at the university’s Wireless Connect 2019 event, O’Rielly emphasized that, “freeing up mid-band spectrum, in both CBRS and from to 3.45-3.55 GHz for terrestrial services is and will remain a top priority for the FCC.”

O’Rielly acknowledged that current license holders, including satellite operators, have been “willing to part with some of their mid-band spectrum, and have been working with us to help free up much-needed resources and enable 5G services as soon as possible … There is cooperation among interested parties, and to date, no legal action has been taken to halt process on bandwidth-sharing.” These comments, however, were quickly followed up by warnings that the FCC was about to become much more aggressive in its search for 5G bandwidth.

“We have to keep pace with realities,” said O’Rielly. “The focus on 5G has shifted to mid-band spectrum. In order to lead the world in 5G deployment, the FCC must work to identify, acquire, and reallocate spectrum at a much faster rate moving forward.” He added that the Commission is already working on a strategy for acquiring millimeter wave spectrum between 26 GHz and 50 GHz.

O’Rielly’s comments come two weeks after he appeared at the American Cable Association’s annual summit, where he asked for patience and understanding from a cable industry audience concerned about losing mid-band resources. “You should know that this issue isn’t being considered to make your lives difficult, but because, simply put, there is near universal agreement that this is the best and largest swath of mid-band spectrum available for 5G services,” he said. “Some of you may have heard that I discussed this very topic with some of your very good friends, the local broadcasters, about a month ago. I will make the same commitment to you as I made to them: if you don’t get greedy or seek unfair enrichment in the reallocation, your concerns will have to be fully addressed.”

The Commissioner also highlighted opportunities for cable providers. “While some of you may not be planning to be active in acquiring spectrum at market, most — if not all — of you offer Wi-Fi,” he said. “Clearing C-band spectrum at 3.7-4.2 GHz will need to be accompanied by efforts to expand unlicensed services into the corresponding uplink band at 6 GHz. This spectrum, along with 5.9 GHz, provides the best chance to expand current Wi-Fi and other unlicensed operations.  It will allow those of you who want to grow or introduce wireless offerings to do so without the expense of purchasing spectrum at auction.”

To say that U.S. broadcasters rely on C-band is, to the satellite industry, an understatement. According to the C-band Alliance (CBA), which is composed of the largest satellite operators in the world, more than 100 million households in the United States and over 100 independent networks rely upon C-band to bring radio and television to the American consumers.

“It is simply impossible to move this entire traffic to terrestrial systems, and it would be irresponsible to disrupt or destroy it,” CBA said in a statement following O’Rielly’s comments at ACA.

The CBA also hailed O’Rielly comments at ACA that acknowledged a cooperative spirit between the FCC and satellite operators on the CBA’s C-band sharing proposal. “We are pleased that the FCC understands that complexity and supports our goal to protect the video ecosystem while clearing a good portion of the spectrum for 5G,” said CBS. “We look forward to explaining the technology realities to all stakeholders so that everyone understands the challenge in clearing this spectrum and the unique advantages and benefits of the CBA solution.”