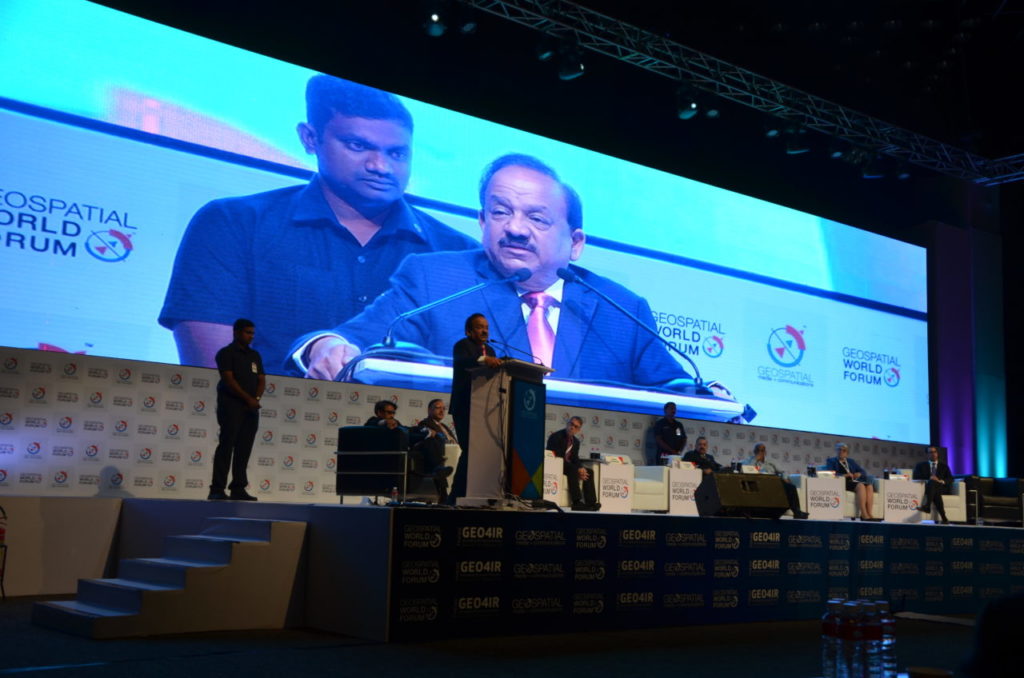 Among those present was Harsh Vardhan, Indian Minister of Science and Technology; Ministry of Environment, Forest and Climate Change; and Ministry of Earth Science. His remarks boldly landscaped a social responsibility of scientists and planted the notion of realities and practical shifts in thinking, leadership, and policies that must change locally and globally in order to expand the idea of “Solution Science for the People” and be accountable to the technologies and information now available to a wider user base.

Vardhan’s enthusiasm mirrored that of India’s Prime Minister Narendra Modi’s, who stated actions are being taken countrywide to support the United Nation’s SDG17 and bring new economic areas for growth across India’s people, institutions, and industries. The minister continued by saying that, the “SDGs are achievable not just for India but for the whole world.”

At the event, there was also distinct representation from the Earth Observation community. Barbara Ryan, secretariat director of the intergovernmental Group on Earth Observations, said it best, “There is no space between space and the common man.”

Honored before the community was A.S Kiran Kumar for his significant contributions, achievements and legacy. After his recognition, a question graced the audience: could progressive administrative programs, such as the Indian Space Research Organization (ISRO), India’s space and technological infrastructure, and matching social program, place India as the leading nation to catalyze the social responsibility scientists have?

Perhaps, this means that frameworks across the scientific and public service communities will begin a confluence — beginning within early education or throughout higher degrees — to inspire a change, beyond that of traditional frameworks and sets.

There was great hope emphasized on the integration and development of citizen’s well-being, continued achievements in sciences and new exploratory investment and action. Something to consider is the benefit of the world, a nation’s people, and a future that must include using all scientific and information channels available. But with this democratize capacity to categorize and catalogue our world, so comes critical acknowledges to a security landscape.

Eventually, high resolution data sets coupled with precise machine learning algorithms poses big cultural movements that will take place. Respect and recognition for these changes, and their implications, was another big coverage area at the forum. The realities of a truly geospatially recognized information layer integrated across communities brings a focus on the endpoint unprecedented to planning, economic, public safety, and security leaders.

The question throughout the conference seemed to be not only about the big business possibilities, but also about a rather existential question: What is it exactly that we need from a smart world?

Connectivity has become universal and sensors have become ubiquitous. More and more information is captured and, with a lot of data, also comes the demand for a lot of help from the public and private sectors.

There is a new relationship of citizenship and power governance that must be declared. An exciting time also to come is the collaborative nature of new public-private partnerships, the expansion of technologies, and an economy with value and movement that we can only wait, with anticipation, to see shape before us.

The Geospatial World Forum was a beacon for these shifts and it should elicit an exciting unfold to 2018. 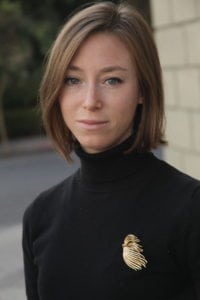 Sloane Joie Trugman is an entrepreneur, systems analyst, researcher and representative,  and is the founder/CEO of Amunet Insights LLC, a research and strategy firm where she has also founded UPDATAD, a social welfare mission and security initiative focused on readiness, awareness, accountability, and assessment for the ethical and sustainable applications of data.

Trugman works at the intersection of high technologies, behavioral science, psychology, identity, economics, public safety to serve humans, systems, and machines, and collaborates across critical infrastructure establishment, policy reform and information distribution to shape a progressive 21st Century. As Amunet Insights was developing, she analyzed funding, economy, programs, education, R&D, deployment, insurance, and utilization of S&T that traditionally served global alliances, intelligence agencies & national security, national agenda to bring about a perspective on what global security and individual representation within use of new data and intelligence capabilities could be shaped in the multi-use and developing space, cyber and digital landscapes. Trugman champions that United Nation’s Sustainability Development Goals and works across the public-private-social-fiancial-distruptor landscape that is shaping all of our todays.