Scotland Hopes to Become a Major Player in NewSpace 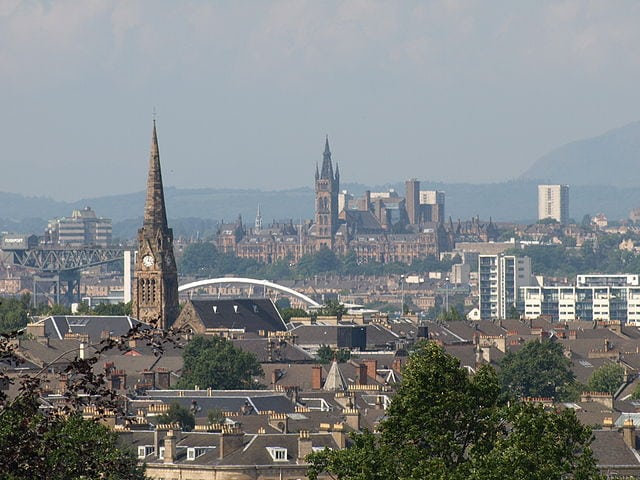 Scotland has been a fast riser in the new era of space technology, with companies such as Clyde Space setting a high bar for other NewSpace entrants. The Scottish government is pushing to maintain this momentum through a multitude of different agencies that offer incentives to attract young tech companies to set up shop in the country. In an interview with Via Satellite, Scottish Development International (SDI) Vice President Pendy Pendyala laid out exactly how the Scottish government is making it easier to do business there, and what the additional support could mean for young NewSpace startups looking for a home.

SDI is the international arm of Scottish Enterprise, a government agency tasked with nurturing economic development and investment in domestic business along with its sister agency, The Highlands and Islands Enterprise. According to Pendyala, SDI’s two primary goals are to attract foreign companies to expand into Scotland (in hopes of creating more jobs) and to enable Scottish companies to be successful in overseas markets.

CubeSat company Spire Global is one such success story, opening up a second location in Glasgow after receiving a hefty $3 million grant from Scottish Enterprise. Spire also cited Scotland’s thriving academic community as one reason for its interest in the region — an element that Pendyala believes will help draw in other companies as well.

There are 18 universities in Scotland alone, making it the densest region in Europe for higher education. And more than 40 percent of graduates in the country have degrees in Science, Technology, Engineering and/or Math (STEM), which naturally lends itself to an industry like space, Pendyala said. “The other thing [about the talent pool] is the turnover is very low. People don’t jump ship every few years in Scotland. Part of it is culture, and part of it is because of established good management practices,” he added. “There has been strong management education in the country so the workforce is very stable. This is especially handy when you’re doing high-end research and generating Intellectual Property (IP), because you don’t want IP walking away in the brains of people.”

According to Pendyala, SDI and other organizations such as the UK Space Agency offer “soft incentives” (that is, not cash-based) to facilitate companies’ expansion to Scotland. This includes support in finding property to establish a headquarters, helping employees’ families settle down, or shaping more realistic business models — as Pendyala put it, the “day-to-day needs” that help entrepreneurs ease into the Scotland business environment. “We have management teams that work with companies to help them grow, and provide services like leadership development, workforce planning, manufacturing improvements and so on. Think of it as a long-term commitment; we stay with them right through their life in Scotland,” Pendyala said.

But there are financial incentives too, ranging from training and Research and Development (R&D) grants to location-based grants known as regional selective assistance. These grants can be significant for a small company, Pendyala said: for R&D, for example, the grant could cover up to 50 percent of the project cost. “With regional selective assistance … If you’re a smaller company, 50 people or less, and you’re located in Glasgow, you could get up to 30 percent of two years’ salary of the people you bring on board in your Glasgow location,” Pendyala said.

Pendyala also noted that while Scotland does have a growing venture capital community, to jumpstart the process Scottish Enterprise maintains its own investment arm, Scottish Investment Bank, that can participate in early fundraising rounds. “We don’t take a lead position but we can participate and match what other investors are putting into the round,” Pendyala said. “There is an overall limit of 2 million pounds ($2.7 million) per round.”

Despite being a small country, Pendyala said Scotland has coalesced multiple centers of startup activity and overall economic growth. Edinburgh has garnered a reputation for software and data services, for example, while Glasgow is known for its high-end manufacturing. Scotland’s strong heritage in hardware makes it apt to dominate the NewSpace CubeSat manufacturing market in particular, Pendyala said.

The last gap waiting to be filled is launch capabilities, which the United Kingdom is hoping to soon address. “U.K. as a whole does not have a spaceport yet, but is evaluating seven spaceports — five of which are in Scotland. It’s quite likely that when two or three get funded Scotland will have at least one or two spaceports. It’s to be determined but there is a high likelihood,” Pendyala said.