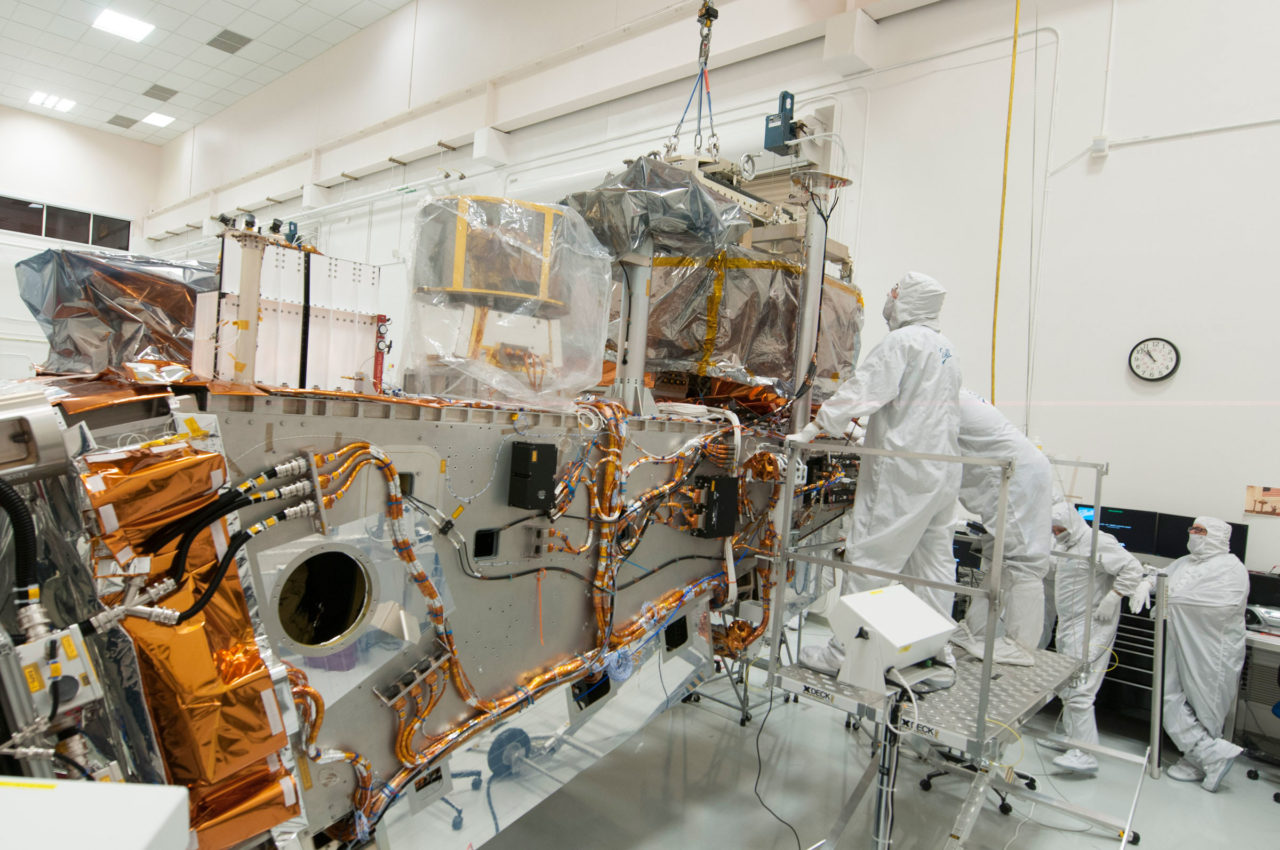 In preparation for launch, the JPSS 1 team has fueled the satellite with hydrazine, pressurized the propulsion system to flight pressure, completed a final thermal blanket closeout and cleaned the spacecraft. The JPSS 1 spacecraft has now been transported to Space Launch Complex 2 (SLC 2) and successfully mated to the United Launch Alliance (ULA) Delta 2 Launch Vehicle where the launch provider will install the vehicle fairing.

JPSS 1, or NOAA 20 as it will be known once it reaches its polar orbit at an altitude of 512 miles (824 km) above Earth, will circle in the same plane as the Ball-built Suomi National Polar-Orbiting Partnership (Suomi NPP). JPSS 1 will operate about 50 minutes ahead of Suomi NPP, allowing important overlap in observational coverage. Circling the Earth from pole-to-pole, JPSS 1 crosses the equator about 14 times daily, providing full global coverage twice a day.

According to NOAA, JPSS 1 represents significant technological and scientific advancements in observations used for severe weather prediction and environmental monitoring, increasing the timeliness and accuracy of forecasts three to seven days in advance of severe weather events. According to the NOAA National Weather Service, 85 percent of the data flowing into their weather forecast models come from polar-orbiting satellites, such as the Suomi NPP and, soon, the JPSS series.

Ball designed and built the JPSS 1 spacecraft, the Ozone Mapping and Profiler Suite-Nadir instrument (OMPS), integrated all five of the satellite’s instruments, and is performing satellite-level testing and launch support.