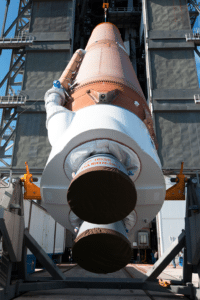 NASA has settled on a new launch date for its Tracking Data Relay Satellite Mission (TDRS-M) satellite after a damaged component delayed the original schedule. An Atlas 5 rocket will now orbit the satellite on Aug. 20 at 7:56 EDT a.m. from Cape Canaveral Air Force Station in Florida.

NASA postponed the launch following a reported incident involving the satellite’s Omni S-band antenna during spacecraft closeout activities. In a statement released on July 26, Boeing, the satellite’s manufacturer, announced it had reached an agreement with NASA “on the appropriate path forward to repair the spacecraft and proceed toward successful launch.” Boeing stated it will work closely with NASA to investigate the cause of the incident and incorporate systemic improvements to eliminate future risk.

According to NASA, the addition of TDRS-M to its Space Network will provide the ability to support space communication for an additional 15 years. The network consists of TDRS satellites that transmit data to and from Earth ground stations for NASA missions and expendable launch vehicles.