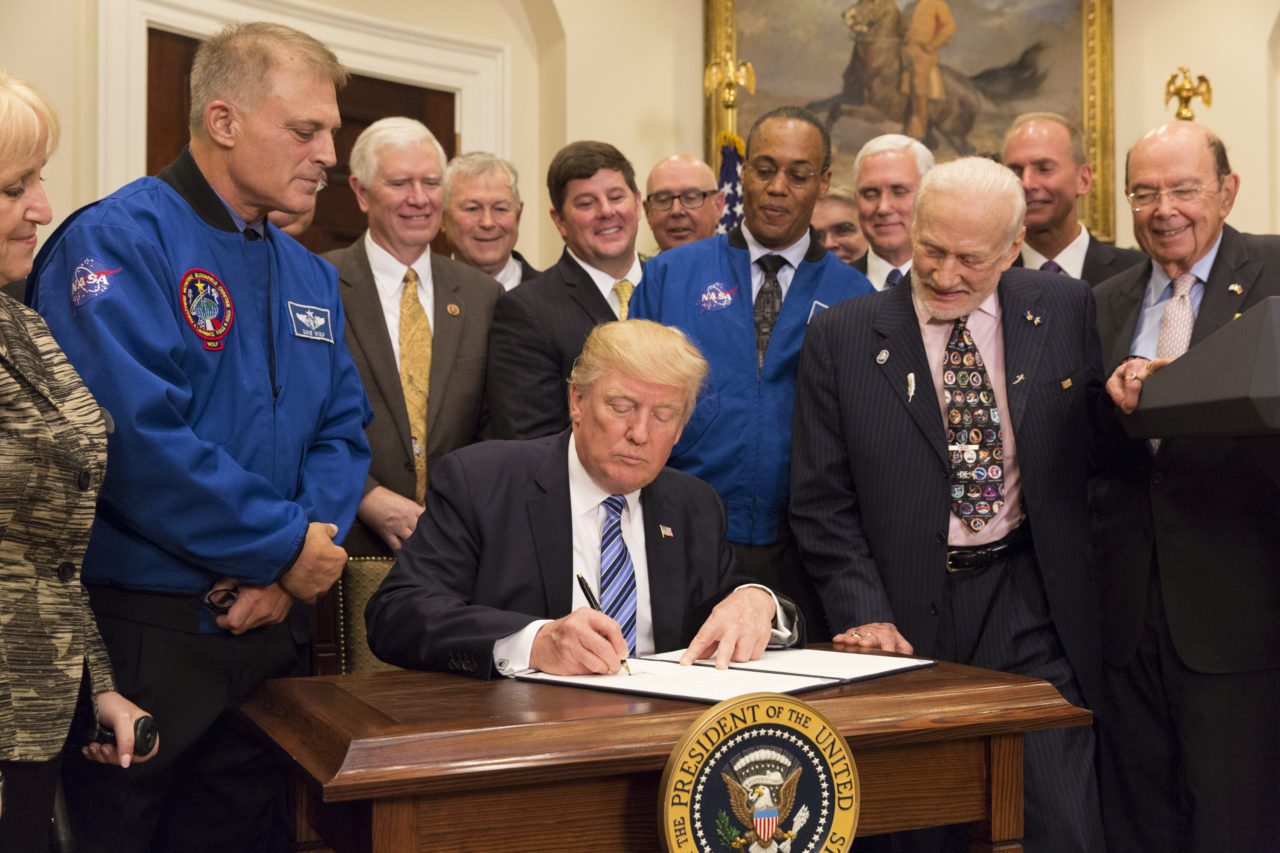 However, President Trump has yet to appoint a new NASA administrator, nor has he selected a new director for the Office of Science and Technology Policy, both of whom will have a seat on the Council. Former astronauts including Buzz Aldrin attended the signing, along with representatives from Lockheed Martin and Boeing.

President Dwight Eisenhower first established the National Aeronautics and Space Council in 1958, setting the stage for the United States’ Moon landing in 1969 before dissolving in the early ‘70s. President George H.W. Bush then briefly revived the advisory body in 1989 under a new name, though it too disbanded after he left office.

In a statement released after the executive order, NASA Acting Administrator Robert Lightfoot said the reestablishment of the council reflects the Trump Administration’s deep interest in NASA’s work, and is “a testament to the importance of space exploration to our economy, our nation, and the planet as a whole.”