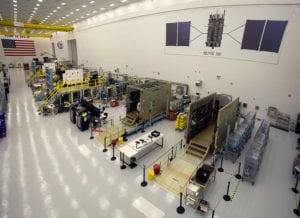 The COps modifications will allow the AEP to support the GPS Block III satellites, enabling them to perform their positioning, navigation and timing mission, once they are launched. COps is envisioned as a temporary gap filler prior to the entire GPS constellation’s transition to operations onto the next generation Operational Control System (OCX) Block 1, currently in development.

Lockheed Martin is under contract to develop and build the Air Force’s first ten GPS III satellites, which aim to deliver three times better accuracy, provide up to eight times improved anti-jamming capabilities and extend spacecraft life to 15 years, 25 percent longer than the newest GPS satellites on-orbit today, according to a statement released by the company.