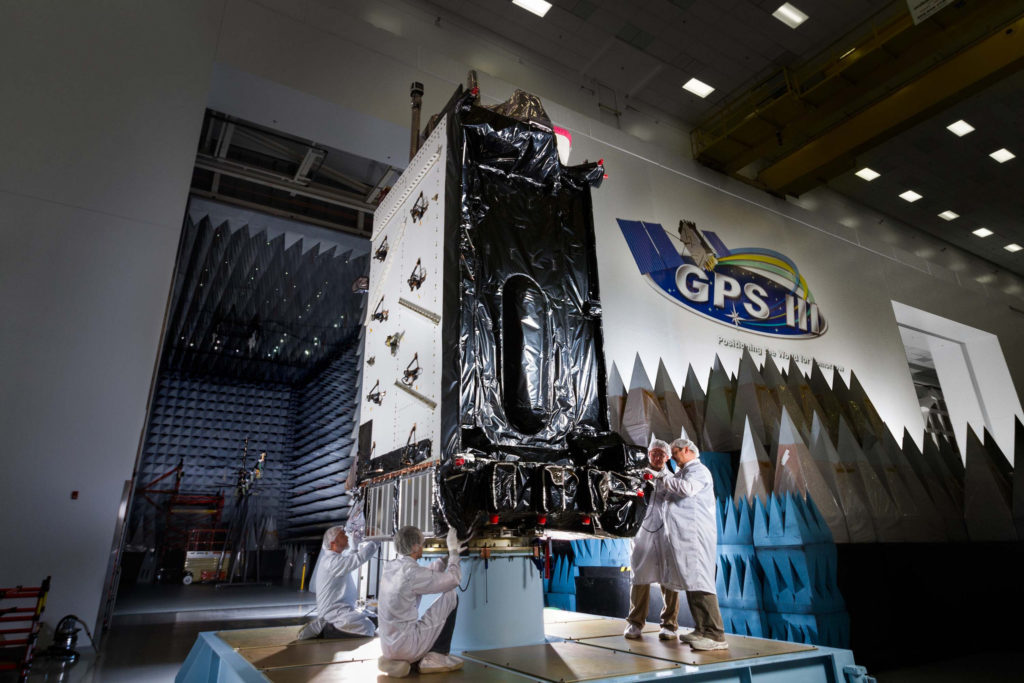 [Via Satellite 09-22-2016] Lockheed Martin, prime contractor for the GPS 3 satellites, has received an order for two additional GPS 3 satellites from the U.S. Air Force Space and Missile Systems Center (SMC) through a contract option. The contract option procures long lead and production hardware to produce Space Vehicles (SVs) 9 and 10 for the next generation of GPS satellites. The Air Force expects the satellites to be available for launch in 2022.