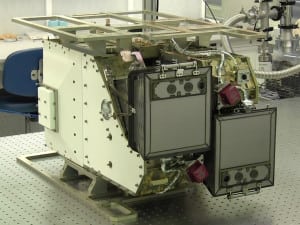 [Via Satellite 04-27-2016] Mark Warner, D-Va., and Tim Kaine, D-Va., have signed a letter from the Hosted Payload Alliance (HPA) and sent it to Deputy Undersecretary of the Air Force for Space Winston Beauchamp, urging the U.S. Air Force to make better use of hosted payloads.

The letter reiterates the direction given by different policies including the U.S.’ National Space Policy, National Space Transportation Policy, and the National Security Space Strategy that direct departments and agencies to explore the use of hosted payload arrangements when planning space-based missions to meet U.S. government requirements. It encourages the Air Force to incorporate commercially hosted payloads.

“We recognize the potential for hosted payloads to provide a reliable, responsive and cost-effective capability to the Department of Defense. As such, we request your current assessment and future plans to leverage this commercial capability for the department’s benefit,” the letter reads.

The Air Force awarded 14 companies Indefinite Delivery, Indefinite Quantity (IDIQ) contracts under the Hosted Payloads Solutions Program (HoPS) in July of 2014. Now, nearly two years into the five-year program, progress since the announcement of the $495 million program has been slower than expected.