SES Conducts Second O3b Satellite Demonstration for the US Government 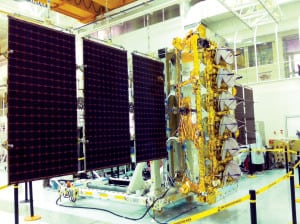 [Via Satellite 03-16-2015] SES  Government Solutions hosted their second O3b satellite demonstration for more than 50 U.S. government customers at the SES Washington Media Port in Bristow, Va. SES is the first distribution partner to offer O3b capability directly to the U.S. government. The system is currently available on their General Services Administration (GSA) schedule.

The O3b satellite capability is referred to as an alternative to fiber. In places where government customers need communications connectivity, such as disparate locations around the world where government users may be deployed, fiber networks may be unavailable or may take up to three years to construct. The O3b system demonstrated by SES would be operational within months of contract award and would allow U.S. government users to use various types of applications such as high definition Intelligence, Surveillance and Reconnaissance (ISR)data retrieval, and real-time command and control at the same speeds in remote areas of operation as they do in the continental U.S.

Other applications O3b would support include immediate distribution of high resolution imagery and video, maps, weather data and other processed intelligence information. The real-time voice, video and shared desktop conferencing capabilities can be used for situation awareness, planning and after action reviews, and remote telemedicine consultations and diagnoses, as well as tactical 4G/LTE wireless backhaul.