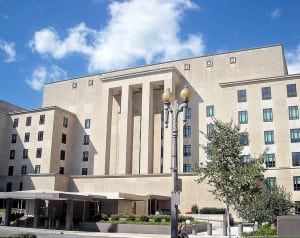 [Via Satellite 11-13-2014] On November 10, the United States Department of State put into effect amendments to International Traffic and Arms Regulations (ITAR) revising and clarifying the classification of spacecraft and related articles on the U.S. Munitions List (USML). The reforms, which have been advocated for heavily by the satellite industry, are part of the President’s Export Control Reform. Save for a handful of rules that went into effect on June 27, this week the Department of State finalized the interim final rule, with some corrections, that was issued May 13.

Certain items previously listed as USML Category 15, which covers spacecraft and related articles, have been moved to the jurisdiction of the less stringent Export Administration Regulations (EAR), which contains the Commerce Control List (CCL). For several years, spacecraft and select space technology were treated by the U.S. government as weapons and as such had policies that limited their sale outside of the country. The transition frees up U.S. companies to compete more effectively in the international market.

Satellites were added to ITAR in the 1999 National Defense Authorization Act (NDAA) as a result of the 1996 Chinese Long March 3B rocket failure. The U.S. government clamped down on security after finding evidence that China had retrieved sensitive technologies from the wreckage of the Intelsat 708 satellite, which was built by Space Systems Loral (SSL).

The political backlash to this event was so strong, the 1999 NDAA went so far as to remove the President’s ability to shift these items back from the USML. It was not until the 2010 NDAA that the Department of State and the Department of Defense (DOD) were tasked with assessing the risks associated with removing satellites and related components from this category. When they found that certain technologies were more appropriately subject to EAR — seeing how they were not identified as critical to national security nor were they in fact unique to the United States — it paved the way for reform. In April 2012 the agencies submitted a report with their findings to Congress. The President regained the authority to determine which satellites and related articles should be controlled on the USML through the 2013 NDAA.

The Department of State found three broad types of articles were appropriate to control on the CCL: remote sensing satellites with capabilities below certain thresholds, communications satellites without classified components or capabilities, and systems, subsystems, parts, and components associated with these satellites within certain performance parameters. The Department of State acknowledged that some items remaining on the USML do have commercial end uses, but said this was not enough to justify a new export jurisdiction.

“While nurturing the civil and commercial space industry is a laudable goal, certain of the technologies on which this industry may develop and operate are of critical military importance and concern, and therefore must remain controlled on the USML at this time,” the agency wrote in its May interim final rule.

Still, the long-awaited reform has been welcomed. Organizations such as the Satellite Industry Association (SIA), the Commercial Spaceflight Federation (CSF) and the Aerospace Industries Association (AIA) have advocated for less restrictive regulations for years.

“This important legislative and regulatory reform will ensure the U.S. space industrial base is able to compete in global markets for years to come and continue to grow the U.S. economy,” Marion C. Blakey, president and CEO of AIA, said in a statement. “Satellite exports are more essential than ever to ensure a robust industry that is able to support U.S. defense needs and offset the harmful impacts of cuts to DOD spending under the 2011 Budget Control Act by increasing our commercial market share.”

Opinions vary on how long it will take for these reforms to have a material impact on U.S. satellite industry. Still the general consensus is that the industry has better footing now than it has had for the last 15 years.