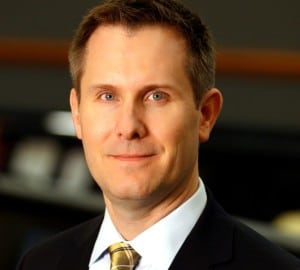 [Via Satellite 08-20-2014] Private satellite operator XTAR is considering ways to expand its fleet to include coverage over the Asia-Pacific region. Currently, the company has two satellites in orbit — XTAR LANT and XTAR EUR — providing coverage over the Americas, Europe, Africa and parts of Asia, exclusively for government customers. XTAR’s satellites currently do not cover the Asia Pacific, making it a high priority for new spacecraft.

“The Asia-Pacific region is very attractive to us,” Andrew Ruszkowski, XTAR’s chief commercial officer told Via Satellite. “We are intent on doing something there, but we are cautious about how we go about it.”

In one of his last speeches, General William Shelton, former Commander of Air Force Space Command (AFSPC), said he expected more commercial satellite communications (comsatcom) to be available across the Asia Pacific in five to 10 years. However he admitted that today there is not much available.

“As the U.S. shifts more focus to Asia and the Pacific, satellite operators will want to capture some of that business,” said William Ostrove, aerospace and defense analyst at Forecast International. “It’s one more customer (and a big one at that) to drive revenues and make investment more appealing.”

For XTAR, the situation is unique because the company only serves military and civil government users. The unpredictability of the U.S. government coupled with its tendency to prefer short-term contracts presents a challenge. Ruszkowski said XTAR is evaluating multiple approaches to round out its satellite footprint.

“If we launch capacity, whether it’s into the Asia-Pacific or some other part of the world, and it is perhaps X-band or another frequency band designed specifically for government use, then the bar is even higher for the business case,” explained Ruszkowski. “That is, without having the option to sell our capacity or our services to government and commercial alike, we really have to be quite sure that there is a strong business case for the life of the satellite. So we are looking at this very closely. We’ve got a number of options that we’re considering. They include both a variety of satellite configurations as well as partnerships.”

Ruszkowski said XTAR chose not to compete for a prime position on the Air Force’s Hosted Payloads Solutions Program (HoPS), because it would deviate too far from the company’s core business. Instead XTAR has partnered with several prime contractors on ways it can operate a hosted payload on one of their satellites.

“We are very optimistic that, as we look to expand our fleet, we are going to present through the primes some good opportunities for launching hosted payloads and bringing them up into use,” said Ruszkowski.

XTAR is in discussions with the U.S. government as well as with other governments on an approach to the Asia Pacific that makes sense for the company. Ruszkowski added that XTAR is not opposed to putting more capacity in orbit where the company has existing coverage. This could include new frequency bands or new payloads, he said.

Currently, XTAR’s fastest growing sector is mobility for aircraft. Just recently the company signed a contract with Leidos to provide secure co-location service for testing manned airborne Intelligence, Surveillance and Reconnaissance (ISR) aircraft. Both manned and unmanned ISR aircraft are growing users of satellite bandwidth. Ostrove expects this will continue to be a trend.

“Just as in other areas of society, the use of data is increasing rapidly in the military … This will increase reliance on both military-owned and commercial communications satellites to relay that data back and forth from the battlefield,” he said.

Ruszkowski said longer-term commitments and partnerships to improve the use of hosted payloads and other arrangements would improve the chance of the commercial capacity Shelton anticipated being ready in five to 10 years. The best thing the U.S. government could do, according to Ruszkowski, would be to officially publish a space-architecture that recognizes commercial satellite operators as a fundamental part of the Department of Defense’s (DoD) communications needs. Comsatcom providers have regularly asked for such a format in order to justify the long-term nature of satellites when needed by the government. Now, with General John Hyten commanding AFSPC, Ruszkowski expressed confidence that the DoD will continue to look at more efficient means of using satellite services.