New US Satellite Export Reforms Gets Positive Response from Industry 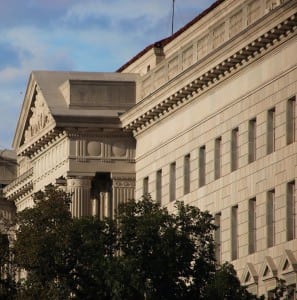 [Via Satellite 05-16-2014] After 15 years of restrictions and intense scrutiny, the United States Department of State has reclassified satellites and several related components so they will no longer be treated as weapons. The changes affect Category 15 of the U.S. Munitions List (USML), which covers spacecraft and related articles, by shifting most commercial, civil and scientific satellites and accompanying equipment to the Department of Commerce’s Commerce Control List (CCL).

The satellite industry has called for reforms to these policies for a long time, citing lost revenue and missed opportunities internationally. Congress transferred satellites under the domain of International Traffic and Arms Regulations (ITAR) after a launch failure of the Chinese Long March 3B carrying a U.S. payload in 1996.

With satellites treated as armaments, international trade suffered, and the industry atrophied. An estimated $21 billion in satellite revenue was lost from 1999 to 2009, according to the Aerospace Industries Association (AIA). This was compounded by the loss of roughly 9,000 directly related jobs.

The new revisions first remove most radiation-hardened microelectronic microcircuits, taking effect 45 days after publication of the rule. Communications satellites without classified components, remote sensing satellites with certain performance parameters, and other spacecraft parts not specifically identified in the revised category are cleared 180 days after publication. The U.S. government will, under certain conditions, allow CCL-classified satellites with some USML components to remain CCL-controlled. The reform is also intended to make it easier for the U.S. government to make use of hosted payloads on commercial satellites. Exports to China remain forbidden along with other select countries.

“[The Satellite Industry Association] (SIA) congratulates the U.S. government on this truly comprehensive overhaul to the U.S. satellite export control system,” said Patricia Cooper, president of SIA. “With a more modern regulatory environment for exports in place, we look forward to unleashing the full force of American ingenuity and innovation at work in the international market.”

The amendment to ITAR is part of President Barack Obama’s Export Control Reform (ECR) effort. With a few exceptions, items not subject to the export control jurisdiction of ITAR fall under the Department of Commerce’s less strict Export Administration Regulations (EAR). The CCL is included under EAR, which still imposes license requirements on exports, re-exports and retransfers, but with less stringency because they are no longer considered easily repurposed for military applications.

The AIA applauded the reclassification, calling the previous restrictions “excessive,” and encouraged greater cooperation between Congress and the Obama administration to continue making U.S. companies more competitive internationally. The Department of State and the Department of Commerce published final rules facilitating the transfer of satellites and related components on May 13, 2014, but acknowledged the need for an interim period.

“The Department [of State] has committed to reviewing during the six months after the publication of this rule whether further amendments to the USML controls on civil and commercial remote sensing satellites are warranted, and seeks additional public comment on this matter,” the agency said in a statement released by the Federal Register.