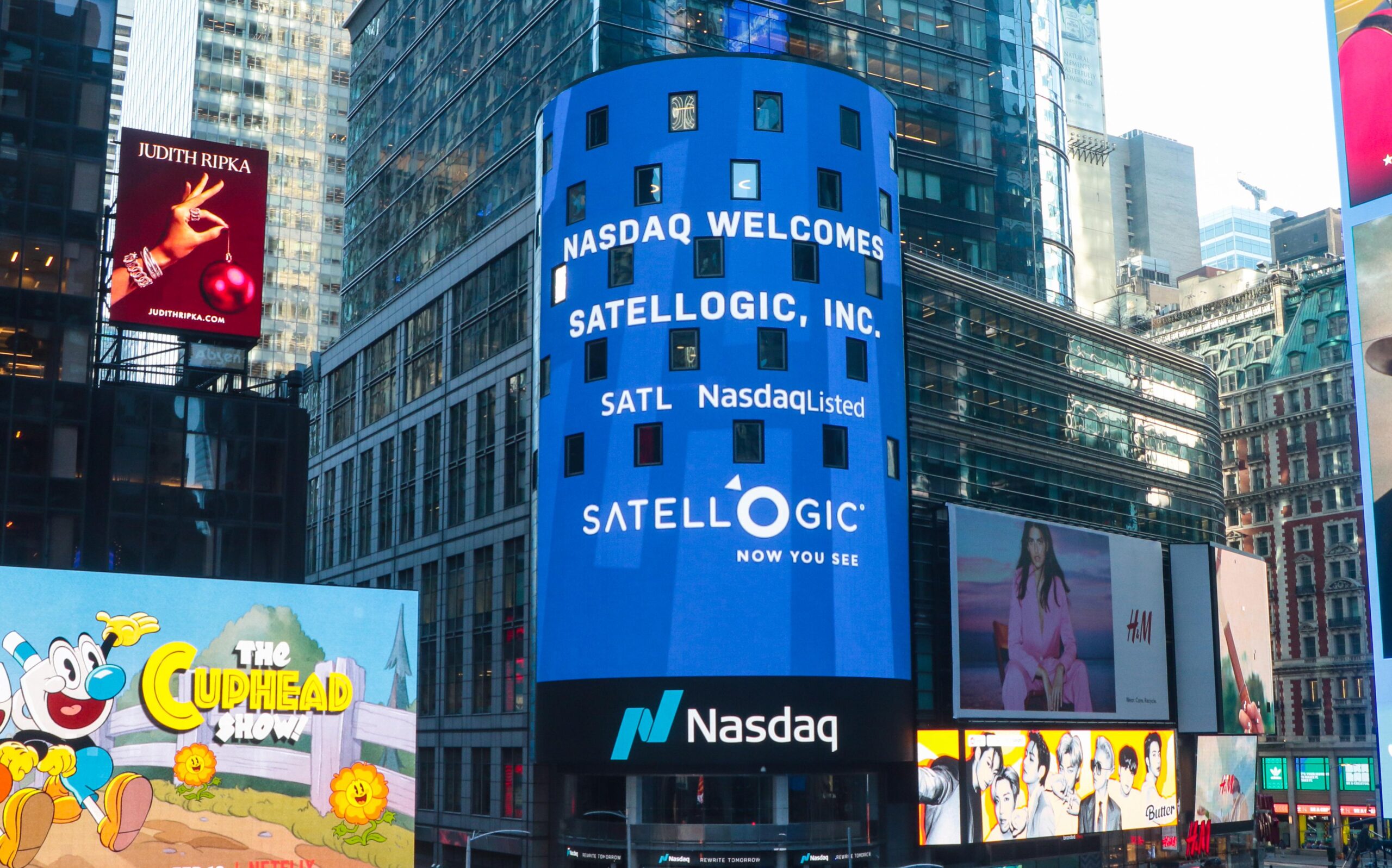 Satellogic began trading on the Nasdaq on Jan. 26. Photo: Satellogic

The company collects sub-meter resolution satellite imagery from its 17-satellite constellation, and will use proceeds from the SPAC to scale its constellation.

Satellogic initially expected to take home $274 million from the SPAC and an additional $100 million from the PIPE. The final funding points to a high rate of redemptions, in which SPAC shareholders redeem their shares instead of investing in the combined company. Financing discussions delayed the close of the merger until the Liberty funding was secured.

“We are thrilled with the close of this transaction and look forward to our next chapter as a public company as we continue on our mission to provide groundbreaking, high-resolution images and data analytics of the entire Earth in real time at an affordable price,” said Emiliano Kargieman, CEO and founder of Satellogic. “This transaction will allow us to continue to scale our constellation of satellites to reach daily remaps of the Earth’s surface at the high-resolution and low cost necessary to unlock the vast commercial market.

Satellogic won gold for best multispectral imaging in the National Geospatial-Intelligence Agency’s (NGA) Commercial Imaging Olympics last year. The company is based in Argentina, but recently opened a U.S. subsidiary, and announced an upcoming satellite manufacturing facility in the Netherlands.