Satellogic To Go Public in SPAC With $850M Valuation 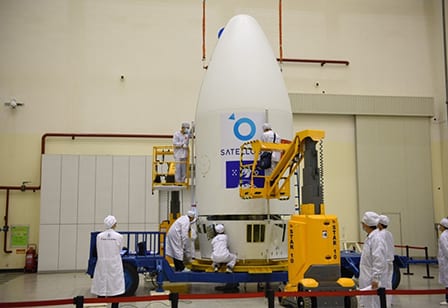 Satellogic has 17 commercial satellites in orbit, and four were recently launched on the SpaceX Transporter-2 mission. It plans to grow the constellation to more than 300 satellites by 2025. The company pitches its imagery as applicable for food supply, energy supply, water supply, climate change, and immigration.

Satellogic was founded in 2010. According to its investor presentation, the company reported no revenue in 2020, and expects $7 million revenues in 2021. It is targeting more than 100% revenue increases for the next few years in order to increase revenue to $787 million by 2025. The valuation reflects approximately 1.1 times the projected revenue in 2025. The company says it has a backlog of $38 million and a pipeline of opportunities worth $2.1 billion.

The company claims its satellites are able to offer more capacity than the company’s next four competitors combined. Satellogic satellites offer 70 cm per pixel of resolution and each satellite can collect approximately 300,000 square km of data per day. The company is vertically integrated and says this allows it produce and launch satellites for less than one-tenth the cost of its competitors

“Since our founding, Satellogic has been committed to our mission of democratizing access to geospatial data to help solve the world’s most pressing problems,” Emiliano Kargieman, CEO & co-founder of Satellogic said. “Satellogic is poised to be the only company capable of remapping the world daily at the sub-meter resolution necessary to address commercial applications affordably.”

The transaction is subject to regulatory approvals. After closing, Satellogic will trade on the Nasdaq under ticker symbol SATL. Satellogic joins a list of space companies including BlackSky, Spire, and Rocket Lab that are going through SPAC deals to go public. Smallsat launcher in development Astra completed its SPAC and began public trading last week.