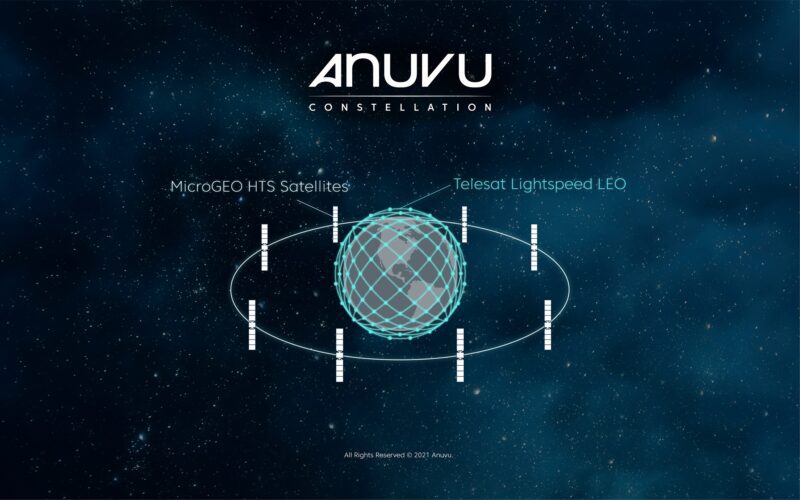 Anuvu, formerly known as Global Eagle, has secured a commitment for $50 million of growth capital to support its constellation plans. The company announced Tuesday that Apollo Capital Management LP, Sound Point Capital, Arbour Lane Capital Management LP and other investors have agreed to participate in the financial round. The company has also secured board authorization for new equity to support the constellation.

This comes after Global Eagle rebranded itself as Anuvu in May after exiting Chapter 11 bankruptcy in March. The company then announced plans to launch a constellation of eight “MicroGEO” satellites in partnership with Astranis. This constellation will serve aviation and maritime customers and provide a hybrid network with capacity from Telesat Lightspeed in Low-Earth Orbit (LEO) and Geostationary Orbit (GEO) satellites.

Anuvu said Tuesday that the capital will support the Anuvu Constellation ground and space networks, including its network management and data platforms and mobility-focused antennas.

Anuvu CEO Josh Marks spoke with Via Satellite about the constellation earlier this year, saying the MicroGEO satellites will give the company more flexibility to adjust to demand than placing a 15-year bet on a large GEO satellite.

“What’s really distinct and innovative about what we’re doing is our commitment to vertically integrate and control capacity in Geostationary Orbit, while leaving the door open to be able to continue to work with other satellite partners,” Marks said. “Because we’re not making a billion-dollar bet, we have total economic flexibility to keep working with other satellite operators with LEOs as they come to the market. That flexibility for us as an integrator is critical.”