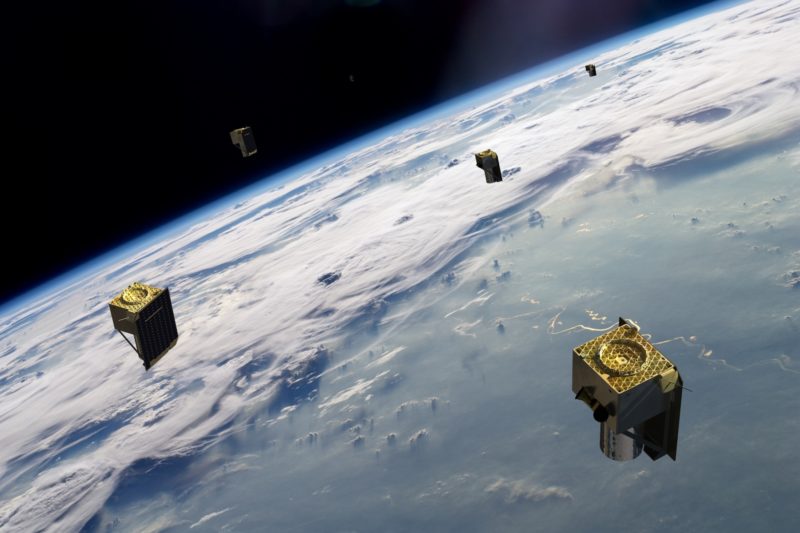 BlackSky Technology released its first-ever quarterly financials on Friday, reporting $7.9 million in revenue for the third quarter, up 49% from the same time period in 2020. Revenue also increased 8% sequentially from the prior quarter.

The company reported a net loss of $46.9 million, or a loss of $0.67 per diluted share. Adjusted EBITDA loss was $16.2 million, and BlackSky’s cash balance at the end of the quarter was $198 million.

BlackSky lowered its 2021 revenue forecast from $40 million to a range of $30 to $34 million, citing the timing of new contract start dates and supply chain impacts due to the COVID-19 pandemic. The company said supply chain delays impacted engineering and integration project schedule, affecting revenue for those programs. Following the release of the report, Blacksky’s stock value dropped 6% to around $9.50 per share during morning trading.

“Recent awards from the NRO [National Reconnaissance Office], NGA [National Geospatial-Intelligence Agency], and NASA demonstrate that BlackSky is emerging as a partner of choice and that customers recognize the value of our high revisit imagery and our advanced AI-enabled analytics. We are winning and extending multi-year contracts, which strengthens our visibility into out-year revenues,” O’Toole said.

This was BlackSky’s first quarterly financials since it went public in September through a special purpose acquisition company (SPAC) merger. That transaction grossed the company $283 million of cash.

Separately, BlackSky announced Friday that NASA made a five-year, sole-source blanket purchase agreement with the company for its satellite imaging data. This award was made as part of NASA’s Commercial Smallsat Data Acquisition Program.