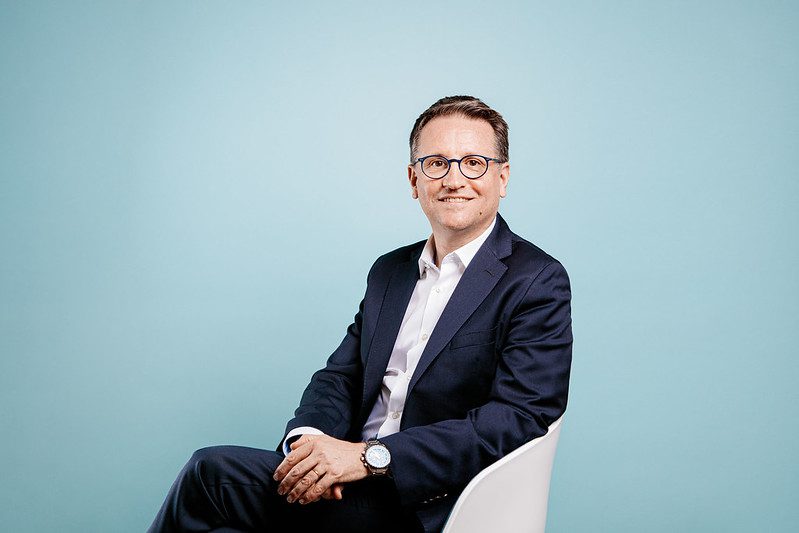 Eutelsat Communications announced Wednesday afternoon that CEO Rodolphe Belmer will step down at the beginning of 2022. He is leaving to become CEO of French information technology company Atos, which generates more than $12 billion in revenue annually.

Belmer leaves just one month after Eutelsat rejected an unsolicited proposal from Franco-Israeli telecoms entrepreneur Patrick Drahi to take over the operator.

Eutelsat said it has immediately begun a search for a new CEO. Chairman of the Board Dominique D’Hinnin commented that Eutelsat is “focused on finding a successor to Rodolphe who will continue to lead the company on this strategic path.”

Belmer commented: “It has been my great pleasure to lead this fantastic company for the last six years and to executing its telecom pivot. It has been an exciting time both professionally and also personally. The women and men of this company have shared with me their passion for space, their attachment to the European industry and their full commitment to the great, collective project that is Eutelsat.”

The news came just hours before a departure announcement for other major operator Intelsat. Stephen Spengler, Intelsat CEO, plans to retire once the company completes Chapter 11 financial restructuring and selects a successor. He will continue to lead the company until then.

Analysts said it was likely a coincidence that these two announcements were made within hours of each other.

Euroconsult CEO Pacôme Révillon said he sees Belmer’s departure as one that may line up more with Belmer’s personal ambitions than company strategy, as Eutelsat has projected a return to growth with its broadband initiatives and investment in OneWeb.