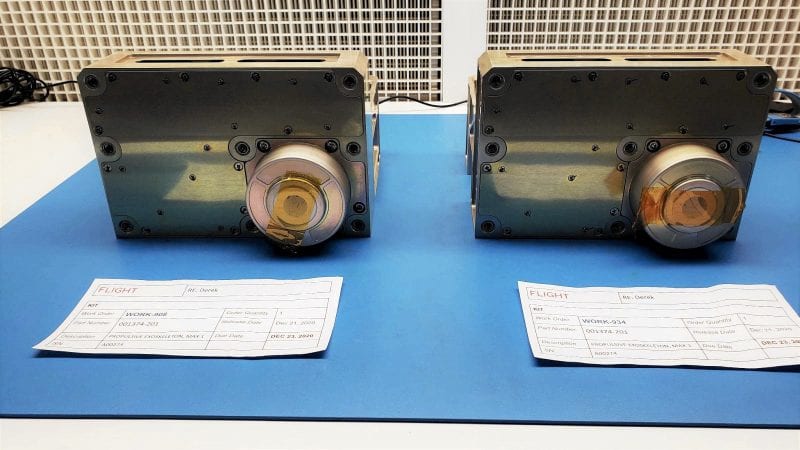 California-based startup Phase Four closed a $26 million Series B investment round on June 11 to advance the development of its Radio-Frequency Thruster (RFT) and plasma propulsion systems.

Phase Four was founded in 2015 to provide advanced propulsion systems to satellite constellations. The company designed its RFT with an architecture that aims to lower the cost of manufacturing by using miniaturized power electronics, and being “propellant agnostic.”

Phase Four introduced its Maxwell plasma propulsion engine in 2019 and has since launched several of these systems aboard commercial small satellites. In the Series B announcement, the company said it has secured multiple government contracts in 2021, including a contract with the U.S. Air Force to adapt the Maxwell engine to utilize iodine, replacing legacy electric propulsion propellants in high-performance commercial and defense applications.

“We’ve seen demand for the Maxwell engine exceed our current production capability,” Phase Four CEO Beau Jarvis said in a statement. “This capital infusion will enable us to rapidly scale our production capacity and accelerate our development of new Maxwell variants including the iodine-fueled Maxwell engine.”