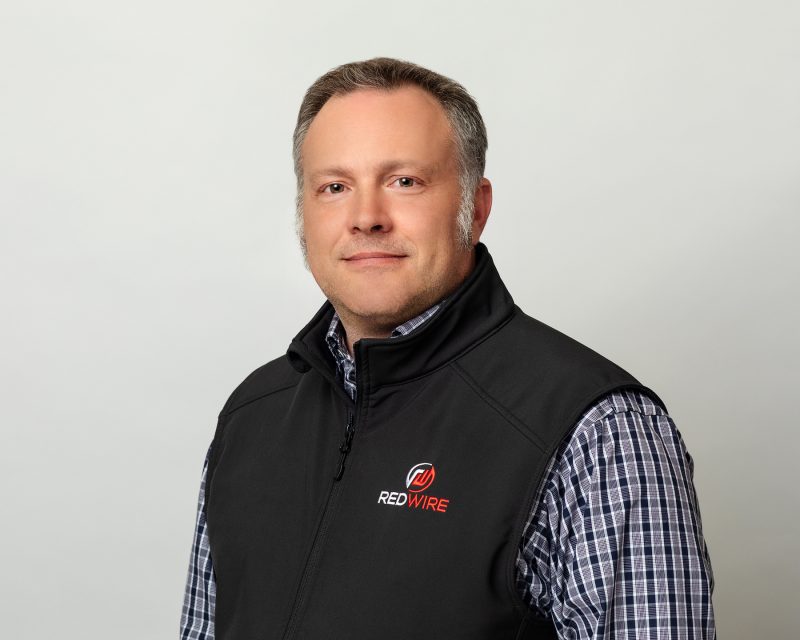 A year ago, a new space company called Redwire was announced, formed through private equity firm AE Industrial Partners. The company started out by acquiring Deep Space Systems (DSS), and there were a lot of questions about what direction this new venture might take.

Since then, Redwire has had a busy year, and has completed seven acquisitions including New Space darling, additive manufacturing company Made in Space, and established companies in niche space markets like Adcole Space. Recently, the company also added its name to the list of space companies going public through a special-purpose acquisition corporation (SPAC). It is in the midst of going public through a merger with Genesis Park Acquisition Corp., which will make Redwire a publicly traded company valued at $615 million.

It’s an interesting time for the space infrastructure company as it goes public and works to integrate its acquisitions into a cohesive company. Redwire is looking to fill the middle market in the space economy, and offer a wide range of capabilities that will be a part of a wide range of space missions from on-orbit servicing, assembly and
manufacturing to sensors and components. The company expects to report $163 million in revenue this year, and has a backlog greater than $150 million.

The company is led by Peter Cannito, former CEO of Polaris Alpha, which is now part of Parsons. In this interview, Cannito lays out the thesis for Redwire as a pure play space company, digs into the company’s strategy for acquisitions, and explains why it chose to go public through a SPAC within a year of formation.

VIA SATELLITE: What is the origin story of Redwire, and how did the strategy for the company develop?

Cannito: As an operating partner at AE Industrial, which is the private equity partner behind Redwire, we recognized that the space industry was at an inflection point with the reduction in launch costs driving down the cost of being in space.

The space industry is shaped somewhat like a barbell, with large aerospace primes on one side. They’re diversified across multiple sectors — they’re not a pure play space company. Although they have extraordinary flight heritage, they sometimes struggle with innovation because they might be cannibalizing their own legacy programs.

You don’t have much of a middle market in space. Then you have a very fragmented market on the other side of the barbell, where you have small companies. Some companies have tremendous flight heritage and are focused on a specific niche technology. They may be extremely capable in that technology, but they’ve never scaled, primarily due to a lack of capital. Then you have what people call New Space. They have a lot of disruptive technologies, but they don’t have a lot of flight heritage.

In space, flight heritage is the coin of the realm. We came up with a differentiated position that combines some of these niche technology providers with the disruptors that have demonstrated they can cross the valley of death and gain market acceptance and become cash flow positive. It’s the best of both worlds — disruptive, but with great heritage. We refer to ourselves as a first-mover, industry consolidator, filling that middle market for a pure play space company of scale.

VIA SATELLITE: Was it always planned for Redwire to go public?

Cannito: We always had that as a potential outcome. But when you’re first getting started, you want to remain agile from a capital perspective, it wasn’t a foregone conclusion. We always kept our options open. But it certainly was one of the avenues that we looked at for our long-term growth at the right time.

VIA SATELLITE: Why was this the right timing?

Cannito: The timing was a result of the amount of traction that we were able to achieve in a really short period of time. We did seven acquisitions in 12 months, which really accelerated our growth. We quickly came to the conclusion that going public only strengthened that position by  allowing us to access the public markets for additional capital, which is important when acquiring companies, integrating, and innovating like we are.

We already feel that we’re the acquirer of choice for space founders that see the benefit of joining a larger, high-growth company to fulfill their goals or to scale in their particular focus area. Having that public currency is a way to incentivize deals.

VIA SATELLITE: Why did you choose to use a SPAC?

Some people believe that the SPAC has been used by more speculative companies to go public. But a SPAC is just an efficient mechanism for going public. You don’t have to be a speculative company in order to take advantage of the efficiencies of going public via SPAC, especially if you pick the right partner. We purposely selected Genesis Park, because they have a tremendous amount of experience in aerospace.

When people hear about Redwire going public via the SPAC and they start looking into us, I believe that they’ll think we have a very reasonable valuation. We are revenue and cash flow positive and growing. The SPAC, from our perspective, was just an efficient way to access the public markets for the capital we need to continue our successful track record of mergers and acquisition.

VIA SATELLITE: What strategy do you use as you evaluate companies and make acquisition decisions?

Cannito: Redwire is focused on acquiring successful companies — we don’t look for turnarounds. We partner with founders who may have a unique technology or have been able to break into a program, and aren’t sure that they want to go it alone to achieve the scale to realize their full potential. We call it joining the cause. I’m very proud of the fact that all the founders of the companies that we’ve acquired, who were actively involved in the day-to-day operations of their business, have stayed on and become a part of Redwire.

There is a misconception that we’re a holding company. That is not the case. We are an integrated Redwire, we are unifying under a single brand. We’ll be sunsetting the legacy brands, while still honoring their legacy over time.

VIA SATELLITE: How are you approaching integrating the different companies you have acquired? That can be a roadblock for some companies.

Cannito: First and foremost, what we call “do no harm.” We only acquire companies that are already successful in their own right, so we don’t want to do anything to mess that up. During the due diligence phase, we ensure that they’re in a good financial position, have a good cultural fit, and have a strategic and technological alignment with the overall vision for Redwire of providing mission-critical space infrastructure across civil, commercial, and national security. Companies come in with very similar DNA to Redwire at large, and to the other companies that we’ve acquired.

Using our do no harm approach, we take some time. We allow them to operate within Redwire as a separate entity to get acclimated, and for us to really understand the business. Then we move toward integrating the low-hanging fruit, typically things like business development. Many of these companies have extraordinary opportunities, great customer relationships, and great technology, but don’t have the scale necessary to invest in large-scale business development operations.

[The companies] typically have a gap, somewhere where they’ve been struggling. Maybe they don’t have a mature financial enterprise, or some may have urgent needs in terms of IT. We start working on those urgent needs concurrently with business development, until we work on all the different segments of the business, until they’re fully integrated.

VIA SATELLITE: Can you give any more perspective on what types of companies and capabilities Redwire is looking to acquire moving forward?

Cannito: We look at our future acquisitions from two perspectives. One is continuing to strengthen our focus area. With our acquisition of Roccor and our most recent acquisition of Deployable Space Systems, we’re starting to generate critical mass in next-generation deployables, solar arrays, power solutions. We’re looking for opportunities to strengthen those core competencies.

In addition to that we are still looking for other areas of opportunity where there are critical space infrastructure systems that are relevant across civil, commercial, and national security space. Picks and shovels that regardless of your mission in space, would be a critical capability.

VIA SATELLITE: With all of these different offerings, how would you describe your range of customers?

Cannito: Regardless of whether you’re a government agency, a commercial company that wants to deploy a space capability, we can be a trusted mission partner to help enable you to realize the mission [whether it’s] Earth Observation, human landing systems, deep space exploration. We see any organization that is trying to achieve an objective in space as a customer.

If you look at the history of Adcole, we have over 150 missions flown in that legacy company alone. These [technologies] have been on all of the premier capabilities: GPS, Voyager, New Horizons. Roccor is supporting the Solar Cruiser from NASA. We had navigation centers on Perseverance, and they used our thermal analysis software for the Ingenuity helicopter.

VIA SATELLITE: Your valuation of $615 million is more conservative than some of the other SPACs. And Redwire reports the most revenue at this point compared to the other space SPACs. Why did you approach pricing this way?

Cannito: We looked at comparable companies across the industry and wanted to make sure that we positioned our valuation to achieve a good outcome for the long term. We’re a long-term, conservative, focused company. We looked at our capital requirements that we felt were necessary in order to accelerate our growth. We don’t require additional investment in order to achieve our objectives, so we can be patient. We wanted to come out at a valuation that positioned us for long-term success and I feel like that’s where we ended up.

VIA SATELLITE: Redwire has acquired Made In Space, with on-orbit servicing, assembling, and manufacturing, along with other tools to commercialize LEO and space domain awareness. This is advanced technology. How do you see Redwire enabling the future space economy?

Cannito: We’re on an inflection point for humanity’s expansion into space. In the past, space has been the domain of dreamers and scientists, but that’s not the case anymore. It is such a critical part of the world economy. It’s no longer about experimentation, research, exploration — it’s about the economic future. That’s why we are seeing such acceleration in the market for space-based missions.

We envision a future in which the human economy moves off Earth into space, and we start to explore the economic benefits of the solar system. That’s a really exciting thing for us, and we want to be a key enabler — going back to that picks and shovels analogy — of the exploration and economic development of this new frontier. We believe that space is a team sport. Nobody should be going it alone.