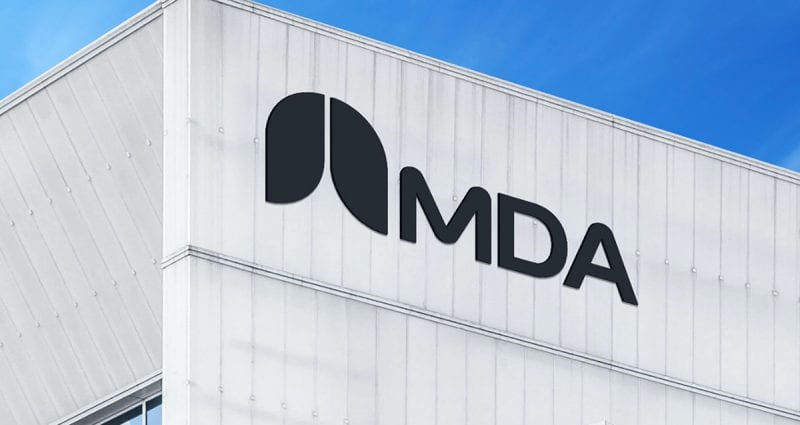 MDA, the Canadian space technology company which once merged to create Maxar Technologies and was then sold off to form its own business, is now a publicly traded company after successfully completing its Initial Public Offering (IPO) today.

MDA issued 28,571,500 common shares at $14 each, raising a total of about $400 million Canadian dollars ($317 million). The shares are listed for trade on the Toronto Stock Exchange under the symbol “MDA.”

BMO Capital Markets, Morgan Stanley Canada Limited, and Scotiabank led underwriters on the IPO. MDA granted the underwriters an option to purchase up to 4,285,725 common shares, or 15% of the total number of common shares, after the close of the IPO to cover any over-allocation positions.

MDA used to be a combined business with satellite manufacturer SSL and moved out of Canada to the United States under the direction of its parent company Maxar. Then, Maxar sold off the MDA business in April 2020. In a recent interview with Via Satellite, Maxar CEO Dan Jablonsky explained the strategy behind his decision to sell off MDA.

“MDA is a fantastic business, but it wasn’t as essential to our core business as we would have liked,” said Jablonsky. “Selling MDA helped us free up a lot of energy for the types of investments we want to make internally, narrow our focus as a management team, and get closer with our most important worldwide customer, the U.S. government.”

Since leaving Maxar, MDA has regained its footing in the Canadian space market. The company has received several government contracts and was recently contracted by Telesat to manufacture the phased array antennas that will be incorporated into the operator’s Low-Earth Orbit (LEO) Lightspeed satellites.

MDA CEO Mike Greenley said the IPO marks a turning point for the company. “With the rapid expansion of the global space economy over the next ten years, our world-leading expertise and capabilities are well aligned with the projected high growth sectors, such as space exploration, on-orbit servicing, space-based communications and Earth observation,” said Greenley. “We have the agility of a new space company coupled with an impressive track record that makes us a partner of choice in the emerging commercial space market.”