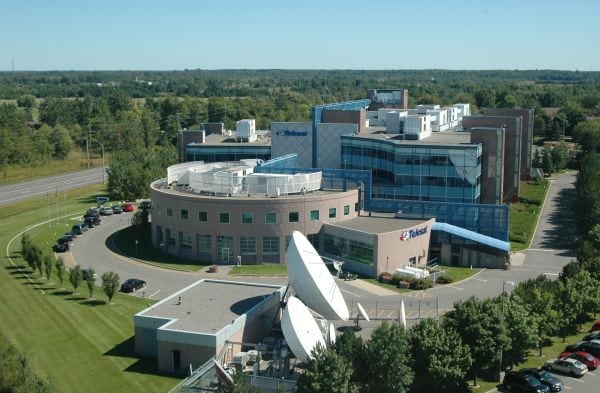 Telesat reported its 2020 financial results on Thursday, with a 10% decline in revenue compared to the prior year, and forecasted a $356 billion total addressable market (TAM) for its business in the future with the Lightspeed constellation.

For the year, Telesat reported consolidated revenue of $820 million Canadian dollars ($648 million). The company cited a variety of factors that contributed to the revenue decrease, but CEO Dan Goldberg said on Thursday’s investor call that roughly 60% of the decline was due to the non-renewal of North American Direct-to-Home (DTH) customer Shaw Direct and the completion the amortization of WildBlue prepayment. Other factors include lower revenue on short-term services provided to other satellite operators and the impact of the COVID-19 pandemic on Telesat customers serving aeronautical and maritime markets.

For the Fourth Quarter (Q4), Telesat reported CA$202 million ($160 million) in revenue, a decrease of 8% compared to the same period in 2019. The company said this decrease occurred because of short-term services provided to other satellite operators that did not reoccur in 2020. Net income for the quarter was CA$255 million ($201 million).

Goldberg commented that the Shaw Direct and WildBlue effects to 2020 revenue were anticipated, but the effects of the COVID-19 pandemic and the lack of opportunities to provide short-term services to other operators were not. Yet he does not expect the same revenue headwinds to affect 2021.

“COVID is still present,” Goldberg said on Thursday’s investor call. “It’s going to continue to restrain our ability to get back on track with our aeronautical customers and our maritime customers — they’re still very much suffering from COVID. But it’s not our expectation that this year we’re going to be facing the kind of headwinds that we had to face in 2020.”

Also on Thursday, Telesat filed a 20-F form with the Securities and Exchange Commission, and outlined the total addressable market (TAM) the company sees for its Lightspeed Low-Earth Orbit (LEO) constellation. Telesat estimates the TAM for its Geostationary (GEO) business will reach $18 billion by 2023, and Lightspeed will increase the TAM up to $356 billion in 2023. The company projects this $356 billion forecast could double and even triple by the 2030s.

Telesat believes the future increase in TAM will be driven by factors like 4G/LTE backhaul for the terrestrial vertical, or passenger connectivity in the aviation vertical, and nascent applications with high bandwidth potential like 5G, Internet of Things (IoT), backhaul in terrestrial, and operational data transport in aviation.

Telesat recently announced that Thales Alenia Space will build the Lightspeed LEO constellation of 298 Ka-band satellites that will provide broadband internet service for enterprise verticals terrestrial, aviation, maritime and government. The company is working through approval to combine with major shareholder Loral Space & Communications to form one public company to help finance the constellation.