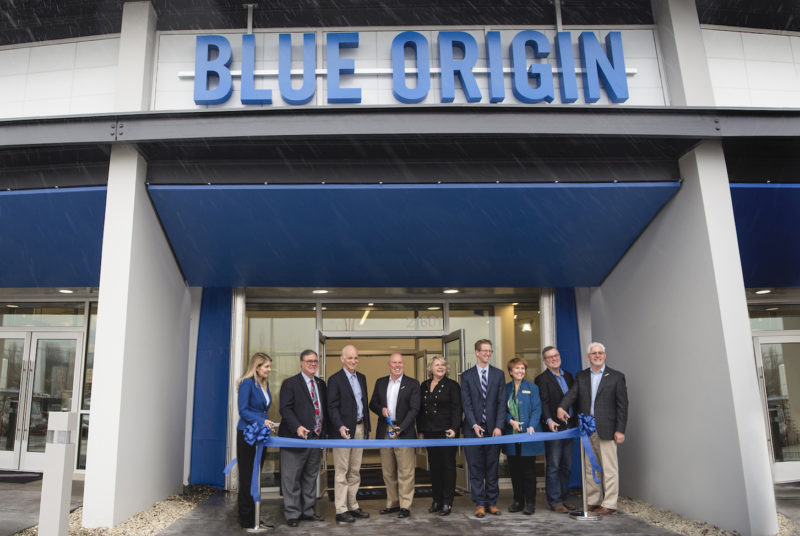 Blue Origin opened its new headquarters and R&D facility in Kent, Washington on Monday. The new hub for the Jeff Bezos-owned spaceflight company is named the O’Neill Building after physicist Gerard O’Neill, who explored the idea of human space colonies.

CEO Bob Smith said at the ribbon cutting that Blue Origin grew by a third in 2019 and plans to keep growing rapidly. The facility, which was built over a period of 11 months, will house approximately 1,500 people. The building sits on a 30-acre plot of land, 13 acres of which are used for wildlife habitat and flood storage. Smith said the building has better insulation and better energy consumption than a traditional building.

“It’s a remarkable statement to say that we’re going to fly humans to space, we’re going to build and design large engines and a large orbital rocket, and we’re going to go back to the Moon – all through work centered here,” Smith said.