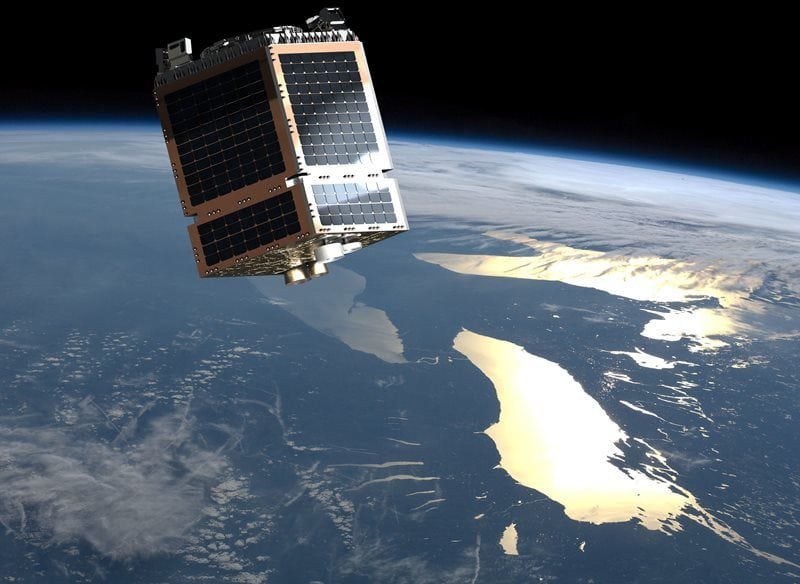 Will telecom companies invest in satellite assets and players in the next few years? This was one of the burning questions on a major finance panel to kick off Euroconsult’s World Satellite Business Week (WSBW) in Paris this week. Bank of America Head of Technology, Media, Telecommunications (TMT) Randy Russell believes it is a distinct possibility. “We haven’t seen yet a large telco make an investment into satellite,” he said. “SoftBank is more a hybrid rather than a traditional telco. This fourth industrial revolution which Verizon is focused on, means how do you serve these new customers that are spread out far and wide? It is a possibility that Verizon or AT&T could enter this space. We haven’t seen it yet but it could happen.” Dominic Ashcroft, Co-Head EMA Leveraged Capital Markets, MD Investment Bank Division, Goldman Sachs added that with the traditional telco/cable companies, they are still trying to work out how they position themselves. “We are only starting to see how telecoms operators will leverage the satellite space. They are definitely thinking about (investing in) it.”

“More and more large telecoms operators are starting to take an interest in the satellite sector,” added Deutsche Bank Director TME Investment Banking Vaibhav Lohiya. Certainly, this was one of the key questions on the opening panel titled “The SatCom Industry in Transformation: The Investment Bankers Case.” One of the other key subjects was how the industry was changing in light of huge investments in Low Earth Orbit (LEO) satellites. Panelists tackled how many of these satellites will ultimately get built, as “60 to 75 percent of costs in LEO constellation go into launch. We may not see 20,000 LEO satellite launch, but we will see a significant number of them launch. If we are not going to get as many satellites as we think, a recession could provide a significant disruption,” said Russell.

PJT Partners Partner James Murray said when looking at investment trends in satellite, it is very difficult to look at it as one, big homogenous industry given there are so many different subsets, each with its own, unique dynamics. When looking at Mergers and Acquisitions (M&A) activity in the satellite sector this year, Murray pointed out that there are deals in aerospace, media, defence, and much more. He spoke about the importance of government and how it could impact investment thinking. “I do think we are going to see a shift,” he said. “One of the underlying themes is government. I think there has been a shift towards the smallsat paradigm from governments such as the U.S. government, as well as other governments. Some of the M&A activity is really about beefing up their smallsat capabilities to serve governments. The industry is reading the tea leaves and saying customers are not ordering big Geostationary Orbit (GEO) satellites. There is probably a shift away from GEO as the anchor architecture. I think we will see a couple of constellations launch. I do think we will see big LEO constellations.”

Most of the M&A around NewSpace has been around Earth Observation (EO) with most of the funding being done by VC (Venture Capital) and Private Equity (PE) companies. “The most interesting market is PE around satellite. There has been a lot of PE capital pouring into disruptive models (PlanetLab) and new growth models (BlackSky). They have been very successful in raising PE. This might be the most dynamic financing going on in the satellite industry,” Murray added,

Murray described satellite as a pretty disparate industry, which suffers from the perception that is a homogenous business. “Trying to lump satellite businesses together can be very difficult. With Earth Observation (EO), the large amount of capital is coming from VC. Astranis, is a purely venture funded business, for example. Orbital Insight has been funded. That is a technology business, rather than a satellite business,” added Murray

One of the other interesting trends discussed was the impact of established companies like Boeing, Airbus, and Lockheed Martin starting to invest in exciting new startups in the space sector, and now have investment arms targeting new companies. This has been a developing trend. “When we look at NewSpace, there are companies at different stages of developing finance. (When looking at companies like Boeing investing in start-ups) my sense it that this is helping established companies go through a transformation. They are able to get a seat of the table of these new companies. Smaller satellites are where the world is moving and where the demand is coming from,” said Lohiya. Russell added, “There is a lot of liquidity in the market looking at these type of projects (NewSpace). Legacy space businesses are in competition for engineers. It is helpful on the war for talent (when investing in these new companies). Large companies which are investing in small companies enables them to get access to talent.