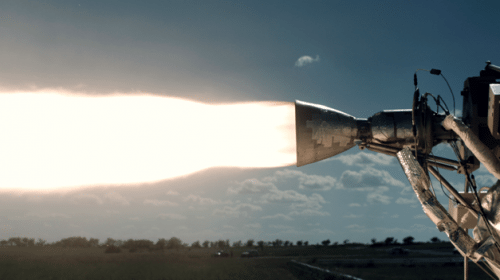 [Via Satellite 09-29-2016] Firefly Space Systems has successfully completed more than 50 hot fire tests, including multiple full Mission Duty Cycle (MDC) tests, of the combustor for the Firefly Alpha launch vehicle. The combustor is designed for both stages of the smallsat launcher; the upper stage will use an engine with a single combustor, while the first stage engine will use an array of 12 identical combustors arranged in an annular aerospike configuration.

Firefly rocket engines operate using LOx/RP-1 propellants. The basic combustor design can use either methane or RP-1 fuels. The FRE-1 upper stage variant of the engine will produce 7,000 lbf thrust, and the first stage cluster used in FRE-2 will produce 125,000 lbf thrust.

This combustor test successfully demonstrated Firefly’s regeneratively cooled flight weight engine, firing for the full MDC of 163 seconds required for the first stage of Firefly’s Alpha rocket. The test also served to further validate the complete functionality of Firefly’s test site in preparation for a full 12-combustor aerospike test scheduled for the end of the year.