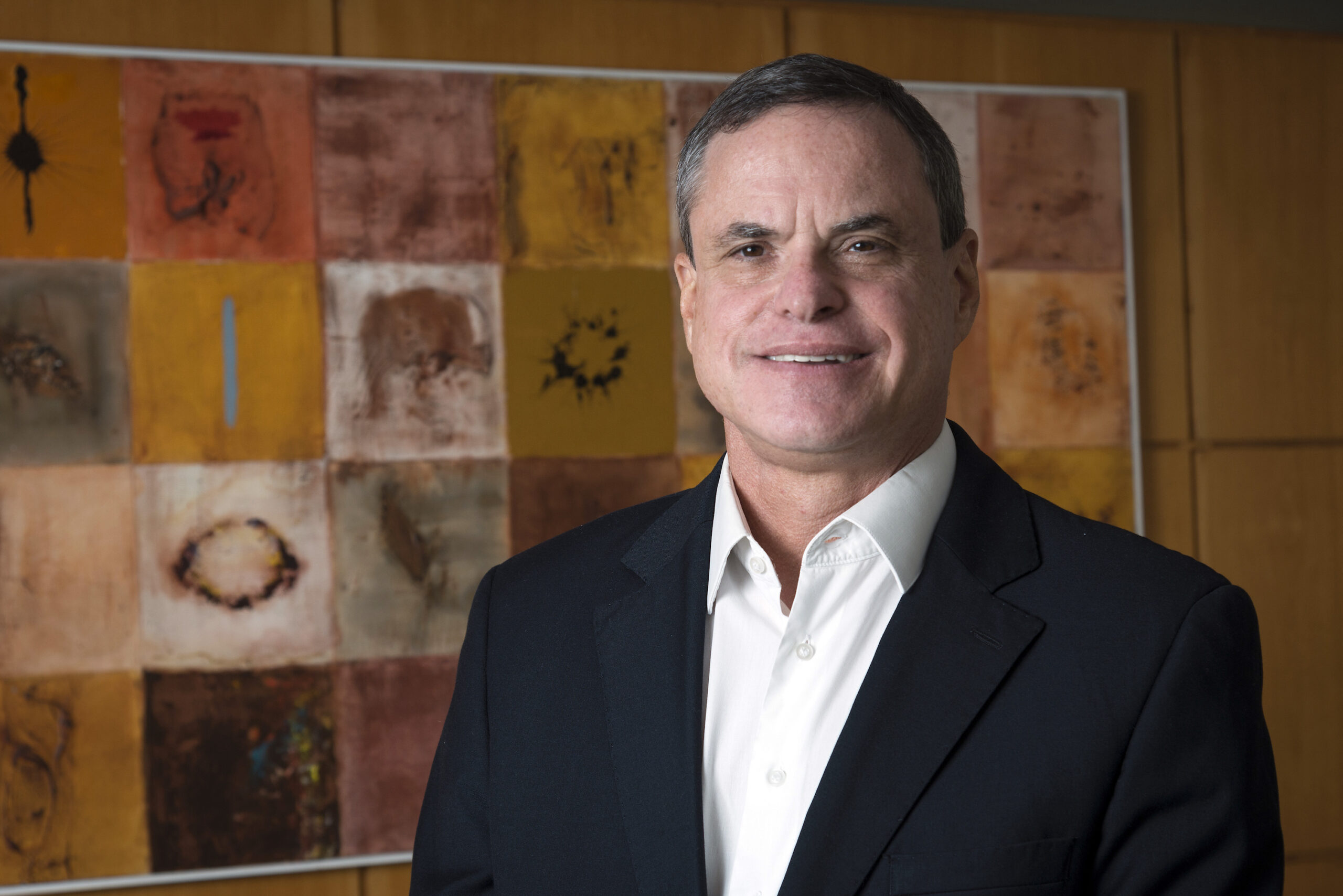 Latin America remains a region full of potential for satellite services. Brazil has long been a dynamic market, both for video and data services. Telecommunications company Embratel provides satellite services across the region, and it is a time of change for the company. Star One, the more familiar name of the operator, has now been incorporated into Embratel. Embratel is a business unit of Claro Brazil, part of the América Móvil Group (AMX), one of the largest telecom companies in Latin America.

Like most regional satellite operators, things are changing. Will Embratel continue to be a strong force in the Latin American and Brazilian satellite market? Via Satellite interviews Gustavo Silbert, executive director of Embratel, about everything from future growth, to potential Low-Earth Orbit (LEO) partnerships going forward.

VIA SATELLITE: What would you outline as the key growth opportunities for the company over the next two to three years? Which verticals offer the most opportunity for growth?

In the last years, our fleet coverage changed to include not only the satellite demands from Brazil, but also from the other countries where América Móvil is present. Today our satellite fleet coverage goes from the U.S. to Antarctica. In each new satellite we plan, we have been considering the needs of the América Móvil Group and our enterprise customers, especially aiming to serve backhaul and enterprise markets that has been growing every year. For the next two to three years we think certain types of services, like satellite virtual network operations will take more relevancy in our business, basically due to the requirements of 4G and 5G deployment in Brazil and other countries like Peru, Colombia, Ecuador, and even Mexico.

VIA SATELLITE: It is just over a year since you launched the Star One D2 satellite. How much capacity have you sold on the satellite?

Silbert: The Star One D2 was our 12th satellite launch since we started in 1985 with the Brasilsat A1 satellite. Star One D2 is the largest satellite we have built so far. It is equipped with four frequency bands: C, Ku, Ka, and X-band. The satellite can cover the whole of Brazil, Latin American countries, and parts of the U.S. It is co-located with the Star One C4 satellite, that has South American and U.S. coverage. Combined, both satellites can provide high quality services over all these regions. Presently most of the capacity of both satellites are concentrated in Brazil and Latin America due to the high demands we have there.

We are very satisfied with our C- and Ku-band fill factor. This is a result of the continued confidence of our traditional customers, especially the Brazilian broadcasters and DTH [direct-to-home] operators. The Ka-band capacity is still being occupied, mostly receiving backhaul circuits from the Claro mobile operation. This application, along with corporate applications and broadband access for digital divide initiatives, is expected to increase the fill factor of the Ka-band payload to very interesting numbers until the end of 2025.

VIA SATELLITE: The big talk in the industry right now is consolidation and scale. Eutelsat has just done a deal with OneWeb, and Viasat/Inmarsat also. What are your views on this? Could Embratel take part in any consolidation in the future?

Silbert: As part of the talk you have mentioned, we have been hearing among GEO [Geostationary Orbit] operators, the idea of developing business models based on possible types of alliances between GEO and LEOs. One of the terms we have heard more frequently is “multi orbit operation.” Our understanding is that, to become a multi orbit operator, it does not require one single operator to invest in all technologies. They can invest in some of them and partner with somebody else, to become a multi-orbit type of supplier to the market.

One relevant fact to consider is that a single technology will not be good enough to solve all problems alone. GEOs certainly will be a better solution than LEOs for some application and vice versa. For example, satellite to device applications for communications or IoT, will likely see LEO as the best option. LEO satellites will possibly be the preferred solution to allow use of smartphones and MNO frequencies to directly reach the satellite.

But on the other hand, mass video distribution will likely continue to be better being broadcasted from a GEO satellite, whose main virtue is its ability to reach live, millions of people at once, from a single uplink. Maybe, in some applications, GEOs and LEOs will compete in areas like backhaul and broadband to the consumer. As part of our daily effort to see the future in this satellite business ecosystem, it is inevitable to keep on considering all these possible combinations.

Silbert: What we see in terms of possible partnership has at least two dimensions: The first dimension is to develop some sort of integration of space and ground services. This integration vision is already in place. As part of America Móvil, we have been challenged continuously to provide satellite solutions for different countries, where the Group operates its telecom businesses. This has allowed us to provide complete services in Brazil, and other Latin America countries. Outside of Brazil, more recently, we have already started to provide end-to-end services through partnerships. The second dimension is the multi-orbit operation approach. In this regard, we have been assessing certain possibilities in terms of developing some sort of partnerships that may consider a combination of GEOs and LEOs or MEO [Medium-Earth Orbit] solutions.

VIA SATELLITE: What is the balance between video and data in your revenues? How do you see it changing?

Silbert: As a traditional GEO operator, we have very important revenues from the video market, basically generated by the 70 degrees West orbital position. However, with recent developments in the broadcast market, along with massive capacity driven by backhaul applications forecasted for the next few years, this scenario may change in the medium term.

VIA SATELLITE: What are your CapEx plans to invest in new satellites? What does your roadmap look like?

Silbert: We have been working on some alternatives, that will be announced after the completion of our planning/decision cycle.

VIA SATELLITE: What do you see as the 5G opportunity for StarOne? How do you see our industry becoming part of a much bigger overall telecommunications ecosystem going forward?

Silbert: The deployment of 5G in Brazil started in July 2022 and this has been impacting our company positively in two ways. In the short term, we have seen new video business opportunity in Ku-band, to carry TVRO channels of the National Open TV Network that are migrating from C- to Ku-band. This is taking place due to the 5G use of the lower portion of the C-band in Brazil, from 3.625 GHz to 3.7 GHz. There are about 20 million TVRO C-band dishes starting to migrate to Ku-band. We have Ku-band capacity for that in our two satellites, Star One D2 and Star One C4, co-located at our 70 degrees West orbital slot. This is also the slot where Claro has its DTH service for Brazil. We were selected to be the main satellite operator to transmit the open TV channels, in Ku-band. The 20 million dishes may add up to about 60 million viewers or more.

Secondly, in these last few years, we have been providing capacity to 3G and 4G backhaul stations. In the mid- to long-term, we plan to expand it to include 5G demand, where needed. In general, satellites have been a key solution to expand mobile backhaul networks throughout Brazil due to its large territory and this tends to continue with the 5G use case.

We have seen an increasing interest from MNOs in satellite, especially with 5G standards being developed to support non-terrestrial networks (NTN). Even with fiber deployments, satellite will continue to have a key role, especially when full coverage of 4G and 5G is needed, in large countries like Brazil. We believe satellites will continue to be a key element to support critical fiber deployments like the North Connected Program in the Amazon. This is a program managed by the Brazilian government through Anatel, the Brazilian communications regulatory agency. Part of the payment of the 5G licenses, to be done by the main Brazilian MNOs, will be made through the deployment of this program. Regarding specifically the 5G environment, with the new 3GPP Releases 17 and 18 for NTN, the idea is to consider applications where the higher latency of GEO’s is not critical.

VIA SATELLITE: Are you seeing innovation in the ground segment?

Silbert: The main innovations we have seen is the flat antennas, that were originally designed to be used with LEOs. Once this technology is more mature, we believe they could also be used with GEO satellites for certain applications.

Also, it is important to note the satellite sector has been experiencing a significant transformation. There are several changes and innovations taking place on the side of GEO satellites, even before the arrival of the constellations. New technologies like beam forming, on-board processing, dynamic frequency, and power allocation started already to be used in some of the recent launched satellites. The possibility of having larger satellite capacity, when compared to 10 or 15 years ago, is already a reality.

New GEO architectures tend to permit relevant reduction in megabits per second costs. That, in association with the maturity of the ground equipment, will permit the GEO solutions to maintain its competitiveness regarding the LEO’s.

VIA SATELLITE: Have the likes of SpaceX and Amazon been a force for good for the satellite industry? By 2030, how many ‘big’ global operators do you expect there to be?

Silbert: The constellations are promising to solve a lot of problems. They offer to address different markets, like imaging, IoT, consumer broadband, corporate customers and backhaul.

Some systems are already in orbit. Others, however, don’t have yet a firm schedule to start operation. In general terms, we believe there are still serious doubts about the economics or sustainability of all these NGSO systems. The concern is not only the cost of the constellations, but also the ground equipment that is still very expensive. We believe that, by the time of the renewal of the existing constellations, within the next five years or more, we will have a better picture.