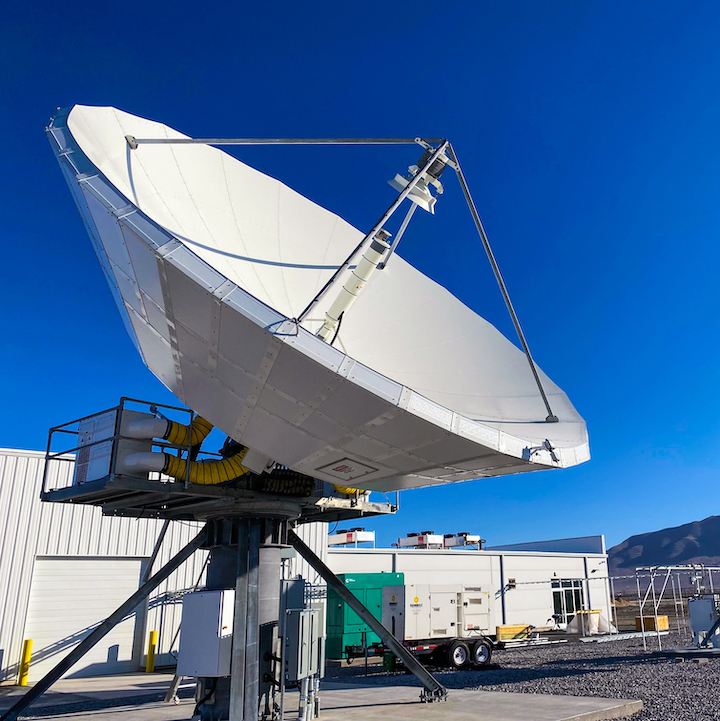 Alaska is a challenging environment for broadband connectivity. The state is by far the largest in the U.S., more than two times the size of Texas, and the third-least populous state. Coupled with a harsh climate, mountain terrain and communities in remote places, broadband access leaves much to be desired.

“Existing satellite coverage is mostly focused on the Lower 48. If we’re lucky, Alaska will get leftovers and look angles barely above the horizon. More than 50% of our potential customers learn their trees or nearby mountains prevent them from using existing service, if it’s available,” Williams said.

Pacific Dataport was formed to address the lack of satellite capacity over Alaska, through a group of investors including local satellite broadband and TV provider Microcom. In 2019, Pacific Dataport ordered the satellite Aurora 4A, aka Arcturus, from Astranis. Aurora 4A is a MicroGEO Geostationary Orbit high throughput satellite (GEO HTS), called a MicroGEO because it’s much smaller than a typical GEO satellite. It’s set to launch in 2023 alongside the first ViaSat-3 satellite.

According to the FCC’s 2021 Broadband Report, about 36.3% of rural Alaskans have no wired broadband connection providing at least 25 Mbps down and 3 Mbps up — about 105,000 people. FCC estimates are known to be understated, and the commission is currently going through an initiative to improve its maps and data. Pacific Dataport’s own data estimates that at least 150,000 Alaskans are unserved or unserved.

In the cases where satellite service is available, Alaska’s vast geography makes installation challenging as well, with long journeys for antenna installation technicians.

“Travel for installers is crazy – long flights on small planes and sleeping at the local school is normal,” Williams said. “If we’re really lucky, local elders will invite the technician to stay at their house and serve them food. That doesn’t happen often.”

Williams is a 40-year resident of Alaska and previously served as the assistant commissioner of the state’s Department of Commerce. He is also a member of the Karuk Tribe of California. Williams is passionate about expanding broadband access and spent three years studying the economics of rural broadband in Alaska.

Astranis’ MicroGEO satellites allow smaller customers to purchase an entire satellite and put dedicated capacity over their area of service and not have to share capacity with any other customers. Pacific Dataport won’t share what they paid for the satellite, but Williams emphasized it enabled them to achieve their business plan of covering the entire state of Alaska with one GEO HTS satellite.

Pacific Dataport’s business model as a middle-mile provider is to provide capacity for broadband and cellular providers, including telecoms, governments, schools, health clinics. Williams said the Aurora 4A satellite will allow a telco to expand its network or add capacity, or allow tribes and tribal broadband consortiums to be able to launch their own tribally owned networks. For example, there are Alaska Native villages where the locals are the internet service provider.

“The most exciting part of the Aurora 4A launch is knowing how many lives this one satellite will change,” Williams said. “We often work with Alaska’s tribal leaders and talk about how the Alaska Native villages are truly the have-nots in the digital divide. If they do have broadband, it’s slow and expensive. This satellite will start to level the playing field and finally bring some competition to the market.”

The majority of people who live in rural Alaska are Alaska Native and receive health care benefits through the Indian Health Service (IHS), and Williams touts the quality of the IHS health care in Anchorage. If people in villages had reliable broadband, for example, they could access that health care more regularly via telehealth, without needing to travel to Anchorage. “Free health care is a big deal. If we can improve connectivity in the villages, I think it will really, really help them,” he said.

Although its investment is in GEO, Pacific Dataport is interested in Low-Earth Orbit (LEO) as well. The company has a distribution partnership agreement with OneWeb and currently offers OneWeb capacity to service corporate customers, ISPs, the energy and mining sectors, schools and health clinics, and tribal governments. Its commercial service for OneWeb began in June.

It also plans to deploy hybrid network systems with LEO and GEO HTS for customers that want it, and the company recently tested a hybrid service at its Anchorage headquarters and was impressed with the results.

“The whole concept of hybrid service is a good one. What GEO HTS brings to the LEO field is the low cost-per-bit. What they bring to our world is low latency. It’s a win-win situation,” Williams said. “I think that’s why you see these partnerships forming. Everyone is starting to realize that the two technologies working together will get us a lot farther along.”

Williams finds federal broadband policy lacking in how it affects Alaska. He believes latency limitations on federal programs limit funding for satellite, and the USDA, FCC and National Telecommunications and Information Administration (NTIA) do not recognize how capable GEO HTS service can be.

He points to the recent USDA ReConnect Round III program, which in one instance awarded $30.3 million to connect 75 households with fiber — $404,000 per household. He estimates Pacific Dataport could connect 10,000 rural Alaskans with that funding.

He says that schools and health clinics in rural Alaska each pay $40,000 to $60,000 per month for broadband, and rural residents pay about $300 per month for 25 Mbps down and 3 Mbps up on fiber or microwave.

The Aurora 4A satellite is funded with a mix of private equity and debt, and Pacific Dataport hopes to demonstrate the value of GEO HTS for Alaska and receive government funding for future satellite projects.

“Fiber lobbyists have out-strategized the satellite industry,” he said, putting it bluntly. “Industry policy-shaping efforts must improve if we ever expect another dollar in federal funds.”

As satellite players like Pacific Dataport, OneWeb, and Starlink put more capacity over Alaska and bring more competition to the state’s broadband landscape, Williams believes it will be better for residents and could adjust how telecom companies serve the state, too.

“I think the telecoms are still assessing whether [satellite is] a threat or not. They’re very cautious because for years they have been getting a boatload of federal subsidies in Alaska. Now all of a sudden, they have to reevaluate and readjust,” Williams said. “We think of ourselves as a market disruptor. And I know we’re not the only satellite provider who considers themselves mavericks. We are perfectly fine with changing the landscape.”