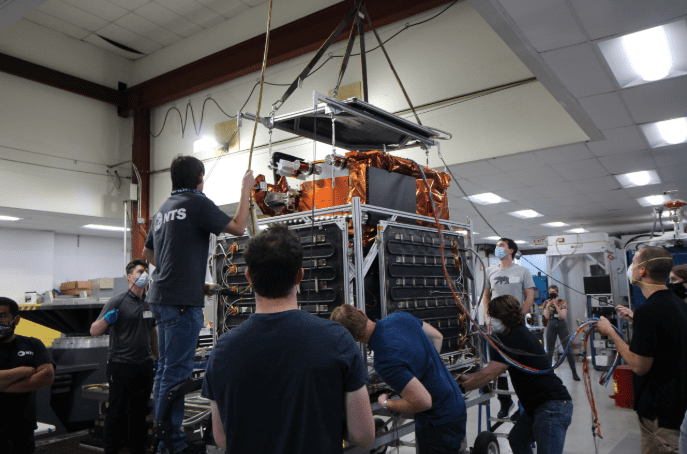 Astranis has reached a testing milestone that it said is a major step in its path to offering low-cost broadband internet service from microsatellites in Geostationary Orbit (GEO). The company announced Thursday that it successfully concluded thermal-vacuum testing of a qualification vehicle developed for its MicroGEO product line. The test validates the technology’s ability to operate in the harsh environment of space.

Astranis CEO John Gedmark said the test shows the different aspects of the vehicle — avionics, power electronics, the payload, the structure, and the software — worked together as a system.

Astranis will now work toward completing a final wave of system-level and unit-level tests before commencing with the build of the first MicroGEO flight vehicle. The company plans to ship its first commercial satellite early next year for a mission to provide broadband internet service starting in Alaska in summer 2021. The satellite will launch on a SpaceX rocket.

Astranis is partnering with Pacific Dataport Inc., a subsidiary of Alaskan satellite TV and internet provider Microcom, to deliver broadband internet. Astranis claims this satellite will more than triple the satellite bandwidth serving the state.

“We have to turn away customers every day who want more bandwidth,” said Chuck Schumann, CEO of Pacific Dataport. “This first satellite from Astranis will enable Alaskans living in remote locations to get reliable access to the internet for the first time, and will reduce internet prices across the state. The success of this qualification test shows that Astranis and Microcom can deliver on their promise to the people of Alaska.”